According to officers, Tuesday, January 18th, deputies stopped a vehicle traveling in what they described as an erratic manner, 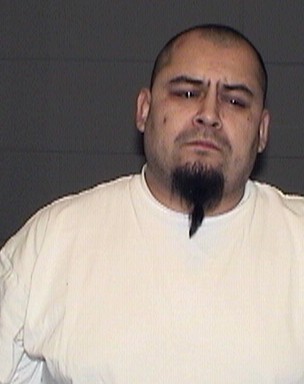 northbound on Highway 395 in Coleville. The deputy made contact with the two men inside the vehicle. They were identified as David Cruz, 32 and Bernadin Estriplet, 28, both of June Lake.

The deputy involved said he noticed a strong odor of burnt marijuana coming from inside the vehicle. He asked both men to get out. After a search of the vehicle, the officer found a backpack in the trunk which he said contained four glass mason jars containing marijuana buds over 1 ounce, a large plastic bag containing over 6 ounces of marijuana leaves, and other marijuana paraphernalia.

The deputy arrested Cruz and Estriplet and booked them in the Mono County Jail on allegations of possession and intent to sell marijuana.

I was found not guilty,now lets talk about racial profiling and harassment that these law enforcement agencies in mono county practice#tasteless evil people…I thank GOD I have been vindicated.