On July 19, 2020, at 11:30 am, the Mono County Sheriff’s Office (MCSO) Search and Rescue (SAR) Team was called to assist a climber on the Third Pillar of Dana. The climber had taken a lead fall and suffered various injuries. The SAR Team staged at the Lee Vining airport and began assembling gear. California Highway Patrol (CHP) helicopter H40 was requested as an aerial resource. 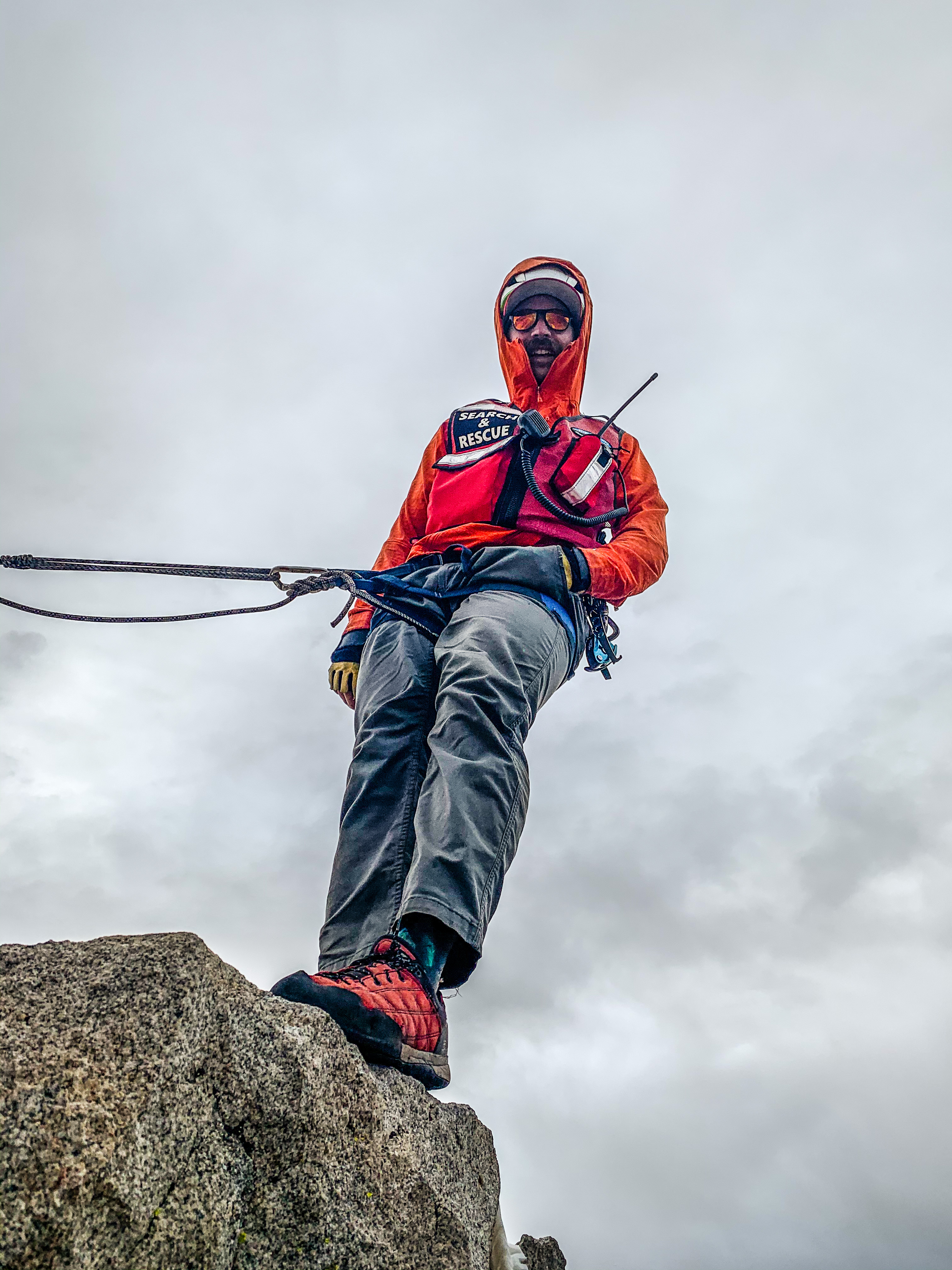 The subject was assessed, treated and packaged in the litter, then the rigging team at the top converted the lowering system to a 7:1  mechanical advantage raising system and hauled the subject and attendant back to the summit. CHP H40 had arrived and was able to land on the Dana Plateau. The subject was carried to the A-Star, and CHP delivered the subject to Mono County medics waiting at the Lee Vining airport. The subject was transported to Mammoth Hospital for further treatment.

The rigging team converted back to a descent configuration, and a team member was lowered to assist the injured climber’s partner. The rigging team converted to a raising system and hauled both to the summit. The injured party’s partner hiked out with the SAR Team, who departed after dismantling their rigging systems. Sixteen Team members responded to this call and volunteered 172 hours. The rescue lasted nearly 11 hours, ending at approximately 10 pm. 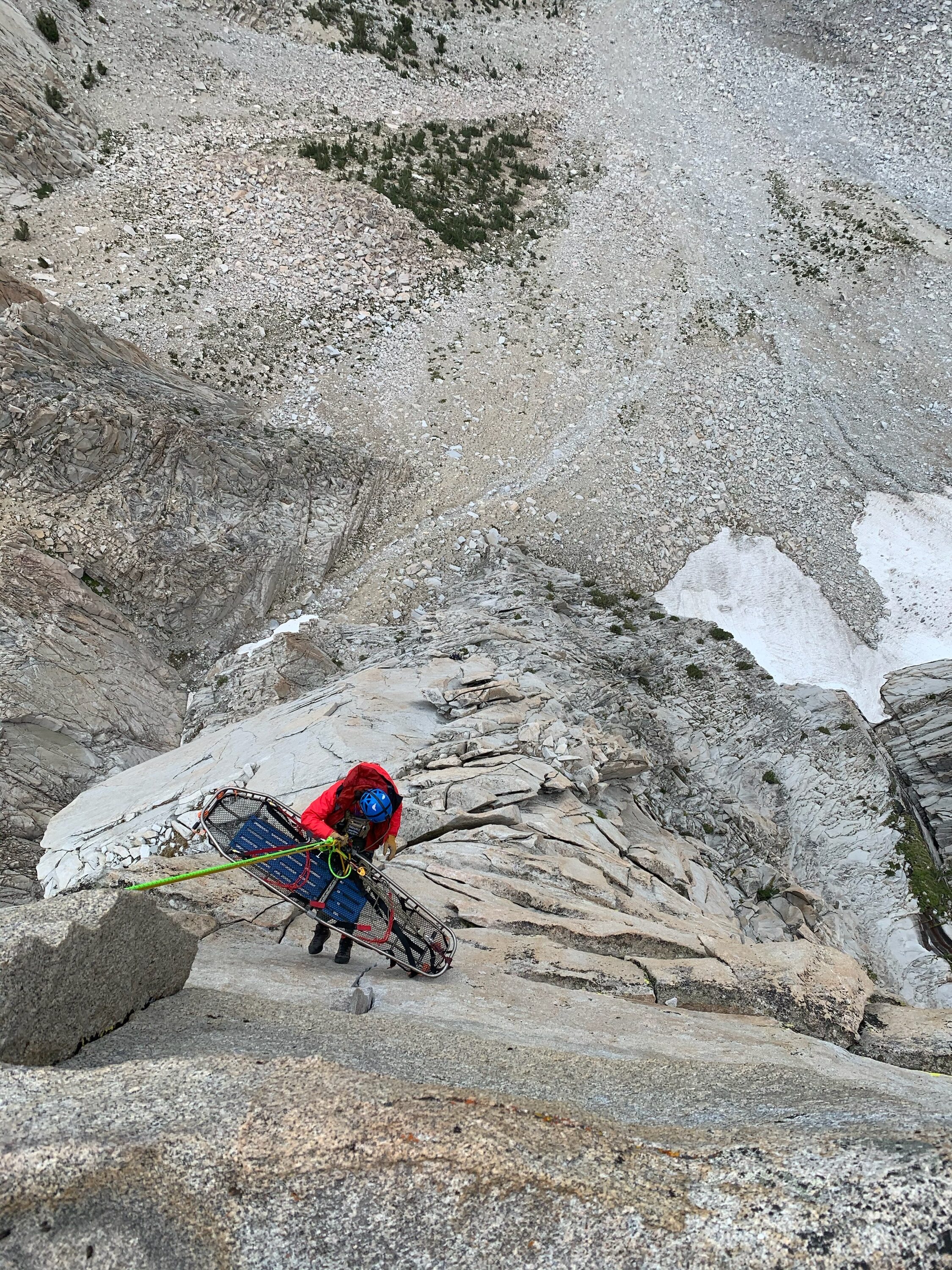 Perhaps there is a better solution than expecting a cashed strapped county to spend large amounts of money on helicopter time and training to rescue people engaging in inherently dangerous activities which provide no benefit to anyone. That might be to require people climbing in the county to carry rescue… Read more »

People are issued citations for negligence and fined on a somewhat regular basis in some parts of the USA, rescue insurance, or not. But most people, like Charlotte, don’t have a clue about any of this to begin with. There was a time when the cost of rescues wasn’t even… Read more »

Worth noting that search and rescue here is a volunteer operation under the sheriff’s dept—who can bill other California counties for expenses if the victim is from CA. Helicopter is CHP so owned by the state budget, when its a military helicopter they eat the cost as training. Actual costs… Read more »

No, Hans, the cost is not trivial by any means whatsoever.

Mono County doesn’t have the budget, but it’s the same for Inyo as well.

Theoretically you are correct that the rescuing county can bill the climber’s home county. However, that system does not work and would still cost the home county a fortune if it did. The majority of home counties stopped paying for rescues many years ago and there is no usable way… Read more »

Mark Twain said something like “It’s better to stay quiet and be thought a fool than to speak and remove all doubt.” Words to live by, Charlotte.

11 hours to rescue someone? Exactly the scenario where a trained helicopter-rescue team might have been able to extract the victim in 15 minutes with effective cable hoist techniques. Trauma care and the “Golden Hour” is either unknown in your community or the community simply doesn’t care……

Want to fundraise?
Reply to  Charlotte

Hey Charlotte if you can provide the funds for Mono County to have a dedicated SAR helicopter and pilot that would be terrific! It could even be shared with Inyo County. Then the local SAR teams and the injured people they are there to help won’t have wait for an… Read more »

This comment is just one more example of why we should all *love* the internet.

Or why we should all love the opinions of people that dont live in the community shes blasting.