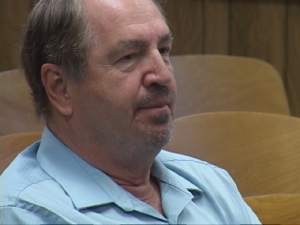 On the same day three new supervisors will take the oath of office in Mono County, the Sutter County Supervisors may vote to hire Mono Administrator Jim Arkens as their CAO. The potential departure of Arkens and the definite move by Finance Director Brian Muir, some say, is a “curious coincidence”, considering a new Board of Supervisors’ majority. Arkens has declined to comment until January 8th.

Others have privately criticized Arkens for being in charge of too many departments and for failure to include employees in the management process. Sierra Wave Media has put in calls to all five Mono Supervisors. We did speak with Supervisor-Elect Fred Stump.

Stump said that both Muir and Arkens are “mature adults and need to do what’s best for them and their families.” He said the timing is close together and will “create challenges managerially.” To private statements that perhaps Muir and Arkens were not politically compatible with the new board majority, Stump said he had heard that.

Muir had publicly endorsed Mono Supervisor Hap Hazard, who Stump ultimately beat. Stump said he let Muir know he was not coming in as a “head hunter.” He also acknowledged that Muir’s wife and their business are located in Weaverville, where he will now locate.

Stump said he has discovered that there are “poor morale issues among employees” in Mono County government. He said comments were made to him in confidence so he would not specifically elaborate except to say that he has the impression that employees “feel left out of the discussion.”

Supervisor-Elect Tim Fesko said bad employee morale in the County “is a fact.” He said it’s not just employees but also “goes all the way up.” Fesko said he has talked with department heads who also have concerns. As for Arkens’ apparent departure, Fesko said he was it was “kind of disturbing that we were not given a heads up.” He said he wishes Arkens “had given the new board a chance.”