By News Staff on May 6, 2013 in General Misc. Stories, Government Agencies/Utilities, Law Enforcement

Following is a press release from the Mono County Sheriff’s Department: 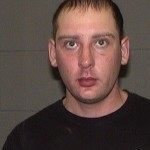 On the afternoon of Friday, May 3, 2013, Benjamin Schoenfeld, age 31, of Mammoth Lakes, was arrested for the possession of cocaine. Several ounces of cocaine were seized. Mr. Schoenfeld was an employee of the Motel 6 hotel and

was having cocaine shipped in to his place of business. Mr. Schoenfeld was taken into custody and transported to the Mono County Jail in Bridgeport without incident. Charges are pending with the Mono County District Attorney’s Office. 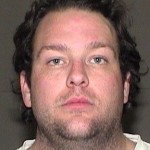 On the morning of Saturday, May 4, 2013, Casey Hart and Jeffrey Hawkins, both age 26, of Mammoth Lakes, were arrested for possession of and possession for sale of psilocybin mushrooms, marijuana, and concentrated cannabis. Both were transported to the Mono County Jail in Bridgeport without incident. Charges are pending with the Mono County District Attorney’s Office. 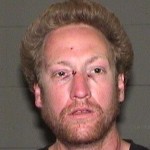 Trouble…. Not for all, but it can be for some….We all see the “stoner” pot-heads,the ones that spend ALL their days high as a kite,from morning till night….that don’t want to grow up,get a job,move into their own place,and have a life…with constant argueing with their parents because of it.And… Read more »

Reminds me of that song … Wayne .. “smoke two joints”. I hear ya though, on the personal testimony. Life happens, I don’t know if you can pin that rap on the pot … who knows … I’ve seen people who smoked a lot of pot .. do pretty good… Read more »

And no I don’t think you are being a hypocrite, I think it is a very honest personal assessment. I don’t think people should be getting high and driving, just the same as alcohol use and driving. If you want to get stoned, then do it and not drive. Besides… Read more »

Kindly speak for yourself Big Al.

Big Al….Don’t get me wrong …I’m not BLAMING marijuana use on any short-comings I’ve had in my life.Back when I was younger,and using,not a whole lot,but enough to where it,how should I say,”restricted” me from pursuing a career or a field I could have,and I think been really good at… Read more »

Right on Wayne,marajuana is dangerous and it is illigal to drive on it, it causes lots of health problems. I can smell it when people on 395 in front of me are using, you can count on me to call 911 to report a stoned driver every time. I don’t… Read more »

Thumbs down for sober driving?
That is insane.

Nice Person…..I don’t mean to joke about it,but I can remember when I lived in Oregon,in my pot-smoking days,I drove about 2 miles to a friend’s house to make a buy and visit a while….after getting stoned,attempted to drive home,and took a wrong turn…mind you,my house was less than two… Read more »

I took a wrong turn going to the beach and ended up in Owens Valley.

Funny story Wayne, What gets me is how the pharmaceutical company’s can make a Marinol, (please hear me out without putting me in some negative category that I can easily put myself in) Marinol is the drug companies Marijuana that THEY get to PROFIT off of. they state “Do not… Read more »

Mark….Sometimes I’m suprised I remember anything too !!!!….sometimes,there’s things I don’t want to remember !!

Judge for yourself; I would not want to be on any “highway” with these people while they are stoned.

Wayne, you make some good points, I guess I over did it in my hey days also. I just don’t think we need to lock people for trying something that I think 90% of this country has tried.

The first couple of sentences there, Wayne, sound like you know Trouble personally.

Brain Keller….After reading my post over again,maybe a “senior moment” I was having…..kind of hard for me to understand it too..and I wrote it..Oh,we got our share of drug users and drug dealers….the big-time dealers and everyday users that I know of…they got those magical “med-cards” that allow them to… Read more »

Come on Wayne- do you really believe pot is a drug we need to be worried about? It’s right up there with aspirin.

Trouble,
Weed like asprin?
I would drive on asprin, not weed.
Also, weed causes brain damage, the main symptom is that you think you are OK and everyone else is wasted and stupid.

I personally very much enjoyed those days. An i survived.

Dr. .. why don’t you admit, your addicted to these wild rants .. hehe Seriously though .. you are right .. the pharmaceutical companies run a lot in this country. They are behind obama care, and people do not realize that! If you look at all of the crazed mass… Read more »

True That! People don’t want to hear that though, especially if it happens to be in their medicine cabinet.
“we live in a world of hypocrisy”
Excuse me as I tread on the status quo..

time to fade away
Reply to  Wayne Deja

It seems there are a lot of “senior moments” going around lately.(Ever seen a tea party convention? Nuts!) If every generation begets a more liberal generation than the one before it – I say, “time to go away old fools. You’re making us all look crazy”

Big AL
Reply to  time to fade away

Ever see Dr. Facts not talk about the tea party or anything related .. or even loosely related to it? hehe

Get used to it
Reply to  Big AL

Get used to being confronted every time the extreme right rears its ugly head, Big Al. America at large wants nothing to do with the fascist ways of the far-right. Even the GOP has wisely distanced itself from these lunatics who at this very moment are arming themselves against anything… Read more »

Ever see Big Al present anything resembling factual information … rather than ridicule those he has contrary feelings about.?

Wayne, after reading and re- reading i think your being sarcastic right, my appologies.

Wayne, did you really just say inyo doesnt have drugs or drug dealers? or am i mis understanding your comment?

Joe….Don’t know why INET isn’t making a bunch of arrests like MONET seems to be doing….but do know the answer to your second question,about IF Inyo has drug dealers and drug problems….at least in my Inyo County town…..and it ain’t because there isn’t drugs down here, or dealers,that’s for sure.

Take the blind folds off and be receptive Wayne, that’s all I have to say. .

The way it is
Reply to  J-Frog

How come INET never seems to make any arrest? Is it because Inyo County does not have a drug problem? I can’t remember seeing a drug bust from INET in years. I also believe they have a much bigger task force than MONET. Just wondering what they do.

Yeah as proud of themselves they are, they sure don’t offer any real services to the people. Give that money to education or Green energy.

Did you know it cost us 5 times more to keep up this “oil energy” (by way of refining, import, export, transport, etc.) then if we were to by-pass it by the other known energy sources? Did you know that? Did you know the gasoline produced from tar sands oil… Read more »

I have to question if your comments are even factual.

“Did you know” that everything in your post is pre-canned propaganda? Did you know?

Rambling .. how the heck this thread morph from druggies to fossil fuels and emissions … LOL

We are all sheeps to the establishment! and its a shame how we are so content with the way of life that does not align with MotherEarths natural order. And we think we can make up the rules as we go..I don’t care how you interpret my words and text..… Read more »

don't have a clue
Reply to  J-Frog

Big Al, in typical neocon fashion and mode of thinking, cannot for the life of him, understand how topics can change and morph into other topics. The words ambiguous and interdependence are a complete mystery to the minds of our so-called conservatives. Not only are the bothersome, but they stifle… Read more »

Brian K. I know there is a better way to handle the problems we have. I can’t support the justice system, status quo, or political policy’s. Yes they are all integrated. Of course I do want all the evils away from the youth and those who we all hold close… Read more »

do you beg to differ, or does Pete Joseph?

INET was noted in a report about some busts in the Owens Valley in the last few months on this website. I think it was something about meth busts in Big Pine.

the typical mindset
Reply to  Joe

Everybody knows the evil Mammoth Lakes is the only place in these here parts with a drug problem.
LOL!

I know there is “We’ll leave the light on for you” joke somewhere here but I cant think of one.

The tubes wrote a song about these guys.

good job monet,keep it up.pssssssssssssssst they just built a new kids park, probably be some junkies hanging out there soon

ferinand- maybe I can understand why you are sucking up to the police, but why do you have to criticize the kids park along the way?

More for the wall of shame!
Almost sounds like the Friday bust led to the Saturday Bust, funny how the system awards those who are grade A cowards (like snitching on buddies), but anyways it looks like they all could use a break. . .and the beat goes on. ..

There’s no honor among thieves or druggies. So naturally the cops play one loser against the other. I say what ever works. These drugs create crime on the street. Good job LEO’s.

Cowardice is getting involved in criminal activity in the first place. You worry about honor among criminals when there is no honor in them to begin with. They all have forefeited their right to walk among honest people and belong locked up for a very long time. I don’t have… Read more »

I have no sympathy for these individuals either. Your right Mark, they do play one loser to the other since they are so predictable, Unless its a dependent of a fellow officer or a officer them self, they get that extra chance that barely gets mentioned but we all know… Read more »

J Frog….Criminals do it ALL the time,hoping for a better deal to avoid a lot of prison time….The cowards are the ones committing the crimes,and making all of us victims in one way or the other….Watch the series on A & E called “The First 48”,the only REAL reality show… Read more »

That it is, Bridgeport Jail has the best grubb you will find in any jail, and the trustees have it even better, their eggs are cooked to order

Sheriff Bill treated us to lunch at his jail and I must say those were some darn good BLT’s.

Yeah, how fantastic that sounds rezboy. That must make you proud to confirm that.

rezboy……ANY food is better food than what your served in jail. I’ve never been incarcerated,but I choose to eat what,when and where I want …..not how it is when your locked up.