Apparently clueless that the men asking him about drugs were law enforcement officers, a 20-year-old in Mammoth Lakes 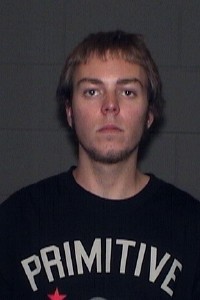 readily offered to sell them marijuana. They concealed their uniforms, bought the dope and arrested James Carlson.

On Tuesday, two Mono County Sheriff Deputies assigned to the Mono Narcotics Enforcement Team and a specialist from the California Drug Enforcement section took a turn onto Frontage Road in an unmarked MONET vehicle. They saw Carlson walking with a large backpack. The officers pulled up next to Carlson and asked, “Hey, bro, do you know where the dispensary is?” Carlson replied, “You looking for some medies? I got some right here, bro.”

Officers said Carlson told them he had some “killer weed from Humboldt and a scale in his backpack.” One deputy said he had $70. We should note right here that one of the agents wore plain street clothes and the other deputy had on his uniform with a sweater covering it plus part of his duty gun belt.

Apparently, Carlson remained oblivious to the trouble he was about to get into, according to officers. He got into the undercover MONET car. The deputy had to move some equipment marked “SHERIFF” into the trunk while Carlson waited. The suspect got in and exchanged the marijuana for the money, according to officers. They also said the uniformed officer’s duty belt was partly visible. Agents said, “Carlson didn’t notice.”

The officers let Carlson out of their car and then gave him the news that they were cops. According to officers, Carlson said that he “thought they were cops but needed the money.”

The agents took the young man to the Mono County Jail for selling marijuana to Sheriff’s Deputies.