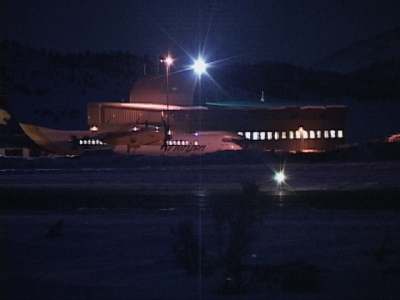 Discussions of the growth of air service in Mammoth Lakes now inevitably turn to the Hot Creek lawsuit which involved a conflict between grants for air service expansion and the Hot Creek condo development. But Mammoth’s Marketing chief Howard Pickett sees air service expansion as a key growth strategy for the community “even in light of the recent court ruling,” he told the Town Council recently when he also asked the Town to take part in the summer and fall air flight subsidy.

In his presentation, Pickett said that no matter the outcome of the litigation, air service is a “key driver of growth and prosperity.” Pickett told the Council that the economic impact directly connected to air service was over $22.6 million in 2010. He called it a great return on investment for the $2.3 million put into marketing, subsidy and consultants.

Pickett said better air service broadens the economic base for the region, improves the quality of life for local residents, broadens the employee pool and brings in needed customers for many businesses. The marketing man said Summer/Fall air service means year-round service which he said is critical for those who depend on it.

Pickett added that summer flights did perform better than expected for the first year, bringing new guests to the area and satisfied customers. Pickett’s information said that the summer/fall flights resulted in economic benefit of $4.2 million. For this summer and fall, he sees an expected need for subsidy in the amount of $644,000 which he suggested should be split three ways among the Ski Area, Town of Mammoth and County of Mono. He sees direct economic benefit this summer and fall at $5.7 million.

We work to provide daily news to all of the Eastern Sierra, in the tradition of Eastern Sierra News Service and the Sierra Wave. We bring you daily happenings, local politics, crime, government dealings and fun stuff. Please contact us.
View all posts by News Staff →
“Retail Coach” official spells out Bishop shopping theories
Mammoth Town Manager will go to work in Ojai next month