By News Staff on September 24, 2014 in Government Agencies/Utilities 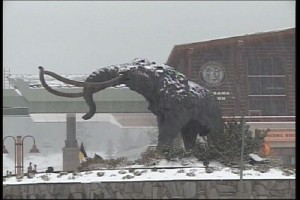 Mammoth Mountain officials say that the two popular southern California ski and snowboard resorts host nearly 800,000 winter visits annually. This acquisition puts Mammoth Mountain in control of more than 4,000 acres of skiable land in California, according to the Times, which are visited by about 2 million skiers and snow boarders a year.

The Mountain’s press release quotes CEO Rusty Gregory as saying, “This acquisition represents the beginning of a renaissance for both Mammoth and Big Bear and is the first step in the next era of skiing and riding in California.” Gregory said in coming months the Mountain will announce “exciting new development and expansion plans for each of our four resorts designed to attract visitors from down the street, across the country and around the world.” This acquisition focuses on both winter and summer activities at all four mountains.

The LA Times quotes Gregory as saying, “My father used to say in business you want to do the opposite of what everyone else is doing. This does look like a questionable time to buy a ski resort operation,” he said.

In addition to the recreation opportunities, the new purchase means the potential for real estate development which is of interest to Starwood Capital Group, which has a controlling interest in Mammoth Mountain.

The Times wrote that this purchase by Mammoth Mountain “follows a consolidation trend in the ski industry that has put some of the nation’s most popular mountains in the control of a handful of large resort developers. The Times also quotes Bob Roberts, executive director of the California Ski Industry Association, as saying that the consolidation trend “reflects the industry’s efforts to make profits at a time of unreliable snowfall.” Roberts also referred to a “climate-change market.”

Mammoth has also announced a new season pass that includes unrestricted access to all four mountains at the discounted rate of $689 for adults. Rusty Gregory also said that skiers and snowboarders who have already bought the Mammoth Mountain pass for this coming season will be allowed to use the pass at Bear Mountain and Snow Summit.

Mammoth’s press release says that closing of this deal is subject to certain conditions, “including Big Bear Mountain Resort shareholder approval and transfer of the U.S. Forest Service Permit that permits operations on early 1,500 acres of the San Bernardino National Forest.”

Reading “MMSA acquisition and home-town impact” I thought Urdi was going to have a hyperbole hemorrhage. MMSA buying Big Bear means that now everyone will come to Mammoth Lakes — makes perfect sense to me. Nobody could do that before — I guess….

Mammoth myopia continues…. Does anyone believe that sophisticated investors would expect a $38 million investment to be recouped from the sale of lift tickets? Just like the sale of the Mammoth Mountain by the McCoy family, these are recreational real estate development deals driven by the sole question: “Where can… Read more »

“There are 17 million people living within 3 hours of Big Bear.” BINGO! I realize this article is about ski areas, but believe it or not, it’s not just skiing that draws people to the mountains. And the undeniable fact that you’ve identified above will always differentiate the San Bernardino… Read more »

Charles: You seem to be suggesting that SoCal people and culture are not desirable earlier you said — “most people don’t give a crap if you’re’ a “local” or a visitor as long as you treat others with some respect.”

There are many good people in SoCal, there are many no-so-good as well. With the multi-millions that inhabit the area it’s just an unfortunate mathematical equation that doesn’t work well. Regardless, I do my best to show respect for others wherever I am. I hope you do the same.

Something else to consider — who knows what this means? http://www.cpc.ncep.noaa.gov/products/expert_assessment/sdo_summary.html Latest Seasonal Assessment – During the past 30-days, much of the Four Corners region experienced a continuation of robust monsoon conditions along with beneficial precipitation, while other areas received subnormal precipitation. The Pacific Northwest, most of California, and western… Read more »

These monopolies aren’t good for the consumer. The ski industry is well on its way to pricing themselves right out of existence.

Charles:As has been pointed out numerous times by many different people — MMSA (aka Starwood and Fortress) isn’t about skiing. It’s about using the ski area as a loss leader for real estate sales. That’s what the airport is for also. The riff goes, “…and you can just hop on… Read more »

If you think about it in respect to quality. Vail associates purchased really nice established major destination ski resorts. Mammoth on the other hand just purchased 2 podunk so cal resorts of the local kind. I would not compare them as being equal in respect to Tahoe. I would be… Read more »

Based on the way June Mountain gets treated, here is what employees/guests of Bear Mountain and Snow Summit can expect: No more marketing,no more ABC permits, no snow making, a general lack of focus and neglect. For the guests, they can expect a decline in the guest experience,higher prices and… Read more »

After the last two winters I bet Starwood got a hell of a deal.
Or was it? =

Time to break out the sacred fuzzy ear muffs? Fewer competitors means less competition, higher prices and business don’t have to work as hard, which is every business person’s dream. When you’re the only game in town you can write your own ticket. When you have competitors breathing down your… Read more »

This is an “industry consolidation” play. Bigger companies sell for higher multiples of their profits.

Too bad they didn’t buy a Tahoe area resort.

And your right there are a lot of people in Big Bear that need to stay in Big Bear and probably wouldnt do very well anywhere else except for maybe Mammoth.

Its all about quantity not quality. He turned Mammoth into the Kmart of ski areas and pretends its a Deer Valley grade resort. He has no better chance of turning 2 more ski areas into a world class resort than he did with the first 2. I guess its more… Read more »

Reminds me of the K-mart / Sears merger..
two wrongs don’t make a right..

Yep I want a discount for a mammoth only pass!

MMSA should “acquire” parking for The Village.

I think they’re worried about having another bad year. Snow Summit bad year or not they can make plenty of snow.

I’m ok if I never go to Big Bear again. The place is worse then Mammoth when it comes to D_ bags.

Big Bear just sold their soul to corporate america. Any news on Rusty relocating there I hope?

Interesting…I’m guessing these Resorts make money and I know that’s all that matters but terrain wise, isn’t this like buying two June Mountains (yawn).

Not with them being so close to the LA market. BK

Looks like MMSA is selling the same season pass all us other folks had to buy Months ago for the same price.

I would like a Mammoth Mountain only pass. The rest of it is of no interest or use to me.

TBID is paying off for Big Bear. So Cal can now buy passes cheaper than locals.