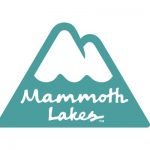 California’s COVID-19 travel ban is still in place; the COVID curve has not flattened but appears to be on an uptake; traffic has noticeably picked up on U.S. Highway 395; Mammoth Lakes and much of the Eastern Sierra is dependent on tourist dollars. Put all those facts in a box, shake ‘em up and see what kind of tourism plan you can come up with for the next fiscal year.

That was John Urdi, executive director of Mammoth Lakes Tourism, presentation to last week’s Town Council meeting. Councilmember John Wentworth’s statement that MLT had “to be nimble,” was an understatement.

Urdi’s budget allowed for a loss of nearly $2.3 million in Measure A and Tourism Business Improvement District funds balanced against $2.2 million cut in expenditures. The strategy was to rely more on social media messaging than traditional advertising.

But a greater challenge will be to bring tourists back to the mountain community with a clear view of what the experience will look like. Don’t think Bacchus, think Buddha, but a lot of Buddha’s with high-end tastes.

“We’re back to square one,” Urdi said. “The momentum has stopped, we have to rebuild.” His strategy is to tap into past patterns of visitation, those with loyalty to Mammoth, and convince them a trip to the town is safe. With air service paused, the focus has to be on what is being called near-cations.

Wentworth wanted to see MLT produce a whole re-imaging, or re-branding of the town. “The world has changed,” he said. “We need a fresh approach on how we engage with our audience.”

Urdi explained re-branding was expensive, arguing the messaging — release yourself into the wild — focused on activities that would be inherently social-distancing. “Now is not the time to introduce even a variation on the brand,” he said.

The only problem with that argument: “New Coke” was considered a major failure; the company brought back the original formula within three months, branded “Coca-Cola Classic.”

Urdi, more or less, held to his presentation—“for the good of the economy, we need to move forward.” But, so did Wentworth. “We can review in six months, this is a rapidly changing environment.”

The next and possibly final iteration of the MLT plan will be back to the Council July 15.