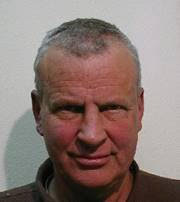 Eastman was last seen in February of 2017. He has been known as a transient within the Town of Mammoth Lakes for over 19 years and resides in natural shelters in the forest year-round. He regularly frequents local businesses and uses local shuttles or hitchhikes for transportation.

Anyone with information regarding the whereabouts of Hal Eastman is asked to contact Officer Hornbeck at (760) 965-3705.