By News Staff on April 4, 2012 in Government Agencies/Utilities 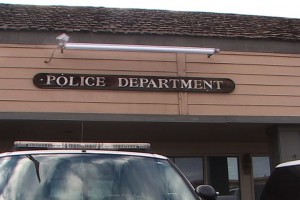 On Tuesday, Mammoth Lakes Police arrested Shawn Snyder, 42, of Mammoth.  He was booked for a charge of Terrorist Threats.

Police Chief Dan Watson said that Snyder was arrested after he had threatened to kill two people and blow up the Police Station and Courthouse.

Reports indicated that he was terminated from his job at Mammoth Mountain Ski Area earlier this week and was homeless.  Chief Watson said Snyder was booked at the Mono County Jail with no bail because of a parole hold.

More details on this case are expected later this week.

Try turning off Limbaugh for a while and see how you feel.

Dear, “Bites” With respect, the term “Tea Bagger” is a term an angst-ridden group of people call themselves today. It is usually accompanied by manic flag-waving and revolution. Perhaps you are confusing the demonized word “liberal” with this term and this is setting you off. BTW – Liberal in Webster’s… Read more »

I knew the guy when he lived in june 8-9- yrs ago and got asked to leave by the sherriff…woman issues and all….not a pleasent person

Dennis, you need to take a long look in the mirror and see what you have become. When you call someone who you disagree with a Tea Bagger, when you know exactly what that means, it is attacking them with a slur.

Your hypocrisy is astounding!

Interesting how some are more than willing to attack others on this format when those others aren’t around to defend themselves.

This is not the first time he has been in trouble…I met him once at a hot spring…Seemed like he has “issues” with people, police, and anybody who tries to hold him accountable…

He’ll end up being called 51/50 and getting every give away the government offers.

Oh, Wayne does have a sense of humor.

Yep, a 51/50 diagnosis means instant eligibility to collect Social Security Disability checks 4 the rest of his life at yall’s expense !!

Why do you suppose the venting was towards the police and City Hall?
Instead of throwing tea in the harbor – is THIS sort of terrorism where society is headed?

With the country completely polarized with no let up in sight, one would guess that in a “more normal way” might be venting on the employer and/or his direct supervisor. It is noted that one political group is very anti-government/anti-authority. One wonders just when the hammer will be coming down… Read more »

Could this be the result of some of our anti-government media people’s non-stop demonization of “tax-eaters?”

dennis….no…It’s the result of someone not wanting to look or find another job,looking to make things better in his life,or wanting to deal with what happened to him in a more normal way.

He lost his job and became homeless, well now he does not have to worry, he now gets 3 hots and a cot at taxpayers expense 🙂

Yep, it’s almost like LA news, only it is low key, it won’t get spread all over the news wires. Thank God for that, we get inundated with that sort of junk enough as it is from the media, but I understand news sells. Sad though, sign of the times,… Read more »

And he also gets to enjoy Mike Boo her’s hometown hospitality and enjoy Ma rk’s hometown cooking, what more could dude ask for, Bridgeport jail serves the best grub from LA to Reno, and is second only to douglas county 🙂

Rob…Rezboy is only right if you don’t mind being incarcerated,told when to get up, when to go to the bathroom,when to eat,when to sleep…sacfrificing freedom… just so you don’t got to go out and get a job and work for your food and housing…and other things you can get without… Read more »

Talk about having a bad week.