By News Staff on August 14, 2012 in Government Agencies/Utilities 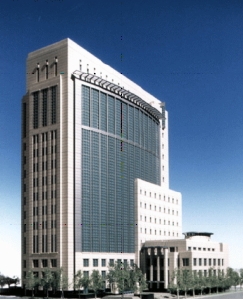 Bankruptcy Court in Sacramento originally scheduled MLLA objections to Mammoth’s bankruptcy to be filed August 24. MMSA is scheduled to argue against an MLLA subpoena August 29.

As the Town of Mammoth Lakes and Mammoth Lakes Land Acquisition continue court-ordered mediation talks over the $43 million debt, Bankruptcy Court matters continue. One of them is a subpoena from MLLA in the bankruptcy case to Mammoth Mountain for marketing and financial information.

Ron Cohen, General Counsel for Mammoth Mountain Ski Area, confirmed that the subpoena had been issued to the Mountain, which is not a party to the bankruptcy litigation. Cohen said MLLA wants documents and a deposition of the person knowledgeable about the information sought – information involving the Ski Area’s marketing program and other proprietary financial information.

Cohen said the Mountain will object to the subpoena because it is too broad and burdensome and because MLLA can get the information they want from the Town. Cohen said, “We don’t want to be part of the fight between the Town and MLLA.”

Cohen underscored that MLLA can get the information they want elsewhere. Topics of MLLA’s inquiry, he said, include statements made by the Mountain at Town Council meetings. Cohen said the Town could provide that information too. Said Cohen, “We are not the subject debtor. We don’t feel we should be dragged into this.”

In past weeks, MLLA attorney Dan Brockett did mention that the possibility of a ski lift ticket tax had come up, which would provide a new revenue stream to the Town – something MLLA had an eye on.

Cohen said in the scope of the Town bankruptcy and MLLA, Mammoth Mountain’s issue is “miniscule.” The Mountain does have a hearing scheduled in Bankruptcy Court to argue rejection of the subpoena from MLLA.

Some reports have indicated that Mammoth Lakes Tourism has also received a subpoena. MLT does receive part of its funding from the Town.

On the issue of the Town and MLLA mediating for a possible settlement of the big debt, talks had continued with a planned closed session on the matter at 5pm before Wednesday night’s Town Council meeting.

Tuesday, Assistant Town Manager Marianna Marysheva-Martinez had responded to rumors that the Town and MLLA had settled. She said there was no settlement yet and that mediation talks were continuing.