SEQUOIA AND KINGS CANYON NATIONAL PARKS, Calif. June 19, 2019 – The body of missing hiker Ling Dao was located Tuesday afternoon on the north side of Mt. Whitney in Sequoia National Park and transported to the Ash Mountain Helibase in Sequoia National Park, where he was turned over to the Tulare County Coroner’s Office. Cause of death is under investigation. 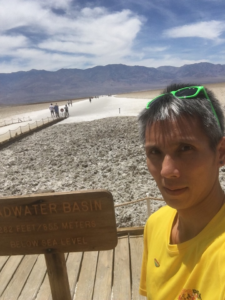 Dao was reported missing to the Inyo County Sheriff’s Office on Friday, June 14 after not reporting for work. According to the reporting party, Dao flew into Las Vegas on Tuesday, June 11, had planned to summit Mt. Whitney on June 12, drive back to Las Vegas after summiting and catch a red-eye flight back home, to be at work on Thursday, June 13.

The Inyo County Sheriff’s Office contacted the rental car company that Dao used and was advised that Dao had returned his vehicle at 10:00 a.m. Friday, June 14, but after continuing calls from family regarding Dao, the sheriff’s office decided to contact the rental company again, at which point differing information was provided. According to the rental car company’s updated information Dao had returned his vehicle on Saturday, June 15 around 11:45 a.m. A vehicle description and license plate information was requested and provided to the sheriff’s office, and later that day the rental vehicle was located in the Whitney Portal parking area, prompting search and rescue efforts to begin early on Sunday, June 16.

Sequoia and Kings Canyon National Parks’ staff was contacted to assist with search operations on Sunday, June 16. Park staff confirmed that day that Dao was not listed in the Mt. Whitney register. Search efforts were halted on June 17 due to unsafe weather conditions. On June 18 park staff received notification that the point last seen for Dao had been the summit of Mt. Whitney, at which point search by aircraft continued in the area, and the body was found and recovered.

“Dao flew into Las Vegas on Tuesday, June 11, had planned to summit Mt. Whitney on June 12, drive back to Las Vegas after summiting and catch a red-eye flight back home, to be at work on Thursday, June 13” Precisely what everyone tells you NOT to do. Running to… Read more »