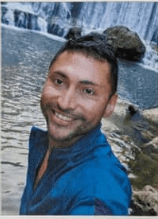 Saulo Sifuentes Escalante, a 36-year-old man from Conroe, Texas, was found deceased at the bottom of an ice chute on Mt. Whitney

INYO COUNTY, CA, APRIL 21, 2021 – According to the press release today from the Inyo County Sheriff’s Office, Saulo Sifuentes Escalante, a 36-year-old man from Conroe, Texas, arrived at Whitney Portal on Thursday April 15 with the  intention of hiking Mt Whitney as a day climb. Three days later on Sunday, April 18, the Inyo County Sheriff’s Office received notification that he was overdue.

There was an unsuccessful search on Monday, April 19. The following day, Tuesday, April 20, twelve Search and Rescue members were inserted on the ground by an Army Chinook helicopter, with teams distributed from the summit down to Mirror Lake.

Because of the location, Kings Canyon National Park was also involved as the search area included the west side of Mt Whitney, which is in the Park. 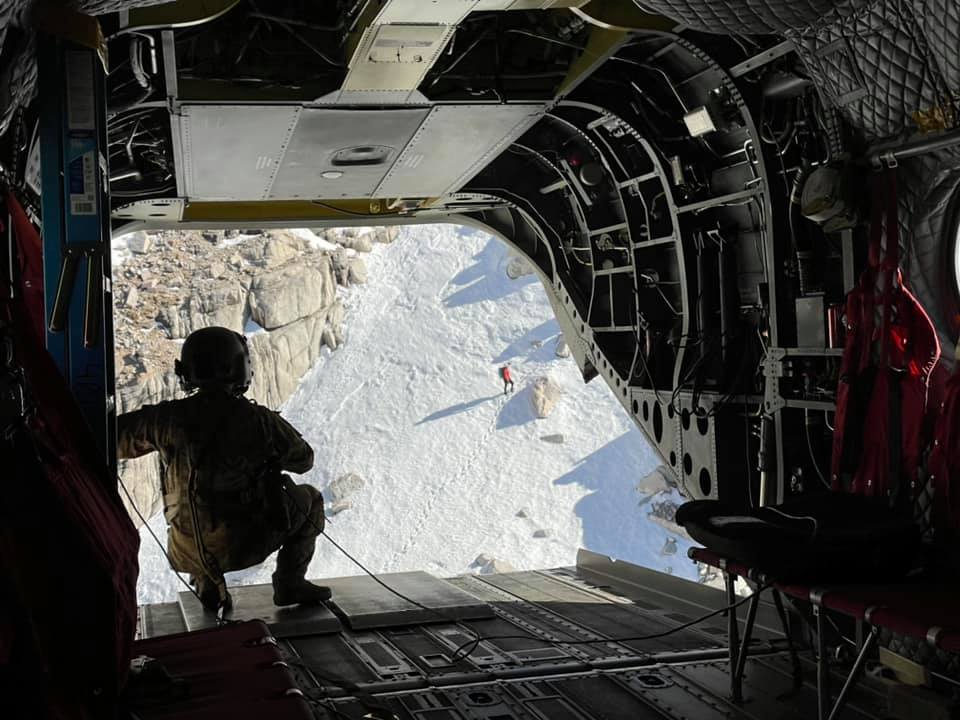 A view from the Chinook, south of the main Whitney trail at approximately 11,600’ elevation in a steep, snowy, north facing chute, where Escalante’s body was found.

Kings Canyon officials notified the Inyo County Sheriff’s Office at approximately 11am on Tuesday, April 20 that they had obtained a search warrant to review cell phone data records and that it had revealed a potential location for the subject. A Chinook helicopter was dispatched to investigate and located the missing hiker’s body south of the main Whitney trail at approximately 11,600’ elevation in a steep, snowy, north facing chute.  He had apparently been ascending this chute when he slipped and fell. It is unknown at this time if he had the proper equipment such as an ice axe and crampons.

The Sheriff’s Office press release went on to say that the Chinook was able to move a team of rescuers to a landing zone 1,200’ below the site. Rescuers were able to access the site via a steep snow climb and were able to assist in the recovery of Mr. Escalante late in the afternoon, by using a hoist into the Chinook.

On the Inyo County Sheriff’s Office Facebook page, Saulo Escalante’s sister, Marlene Escalante, expressed gratitude to everyone involved in the search, saying, “THANK YOU from the bottom of my heart for finding and bringing my brother to me. Thank you to all the agencies who helped and to all the volunteers. I know you put your lives at risk and made it possible for me to take my brother home.” She said that her brother Saulo had, over the past year, “found a passion….to hike up mountains”. She ended by saying, “Thank you again to everyone who helped bring him down and give me and my family closure. I know many families don’t get that opportunity.”

Thank you to all of the brave men and women for your dedicated search. Prayers for all of you and the family.