By News Staff on November 8, 2019 in Law Enforcement 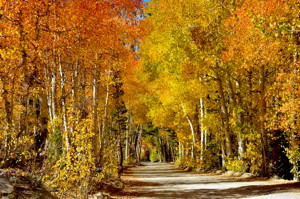 NORTH LAKE (INYO NATIONAL FOREST), CA. November 7, 2019 – On November 4 (evening), Inyo County Sheriff’s Office received notification of a missing hiker. The reporting party said that Alan Stringer, a 40-year old man from Huntington Beach, had planned on hiking somewhere out of the Bishop area on Sunday but failed to return home on Monday.

Stringer, who was described as an experienced hiker, did not disclose his hiking plans or potential routes. However, he recently purchased and ice ax and crampons, and participated in mountaineering training courses. Stringer was equipped for day-hiking only; he had an InReach device that he hiked with, but it was never activated. After checking trailheads throughout the Bishop area, Sheriff’s Deputies located Stringer’s vehicle at North Lake shortly after midnight on Tuesday morning.

On Tuesday a forensic analysis of Stringer’s cell phone activity revealed only one call very early in the morning from downtown Bishop on Sunday November 3 (before his planned hike). Inyo Search and Rescue used aerial support to fly the areas near and around North Lake.

Today ground teams will continue to scour the areas near and around North Lake, paying extra attention to Wonder Lake Basin, Lamarck Col, Mt. Lamarck summit, and Mt. Emerson.  Aerial support will be used again today (H-40 out of Fresno). Sequoia and Kings National Park is running a joint operation concentrating on the following locations: Darwin Canyon and Mount Darwin.

If anyone from the public has seen Alan Stringer (particularly on Sunday November 3) and can provide us with a more conclusive hiking route please call 760-878-0383 option 4. We do not have a conclusive description of what he was wearing but he could potentially be wearing a bright green “puffer” style jacket or a dark green light-weight jacket. His ice ax is lime green. Stringer is 6’04”, 230 pounds with brown hair and hazel eyes.

Later on November 7th, the Inyo County Sheriff had this sad update:

On Nov 7 around 2:30pm Sequoia and Kings National Park located Alan Stringer deceased at the top of the Darwin glacier, near the base of the notch to go up Mount Darwin. Sequoia and Kings will be conducting the investigation and recovery.

*PLEASE KEEP YOUR COMMENTS CONSTRUCTIVE AND HELPFUL! FAMILY AND FRIENDS WILL BE READING THIS THREAD.

Whomever left the 2 thumbs down on the first comment should be banned from SWM.

Rick, This is Charles James, the News Director at SWM. Thanks for your comments. I suspect that readers and listeners are often confused about the star rating system. There are no real clear guidelines (none that I’ve ever seen!) and people tend to use their own interpretation of it. It… Read more »

Too young. Sorry to hear. My heart goes out to his family and friends. RIP

My heart goes out to the entire Stringer family. My brother was friends with Alan. Keeping you in my thoughts… Anne-Marie Trout