On Wednesday, September 19, 2012, at approximately 12:30pm, Mono County Sheriff’s Department Dispatch received a call regarding a possible helicopter crash with reports that the helicopter was on fire.

Personnel from the Mono County Sheriff’s Department, Mammoth Lakes Fire Department, Long Valley Fire Department, Cal Fire, U.S. Forest Service, and Mono County Paramedics were on scene and confirmed that a helicopter had crashed on Pole Line Road, southeast of Mammoth Lakes, near Deer Springs Road. The two occupants to the helicopter were taken via helicopter, from Asplundh Construction Corp. working on some power lines in the area, to Mammoth Airport where an ambulance was waiting to transport them to Mammoth Hospital for evaluation. The two occupants sustained minor injuries from the result of the crash. The two occupants worked for Chesapeake Bay Helicopters, contracted by Southern California Edison.

The crash caused a small brush fire that is contained and burned approximately 1.5 acres. Fire crews stayed at the crash site over night for security of the area. Representatives from the NTSB and FAA will be arriving today to conduct a full investigation into what caused the crash. 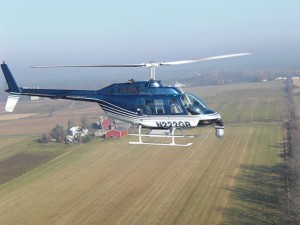 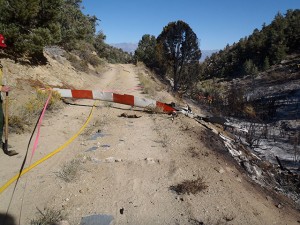 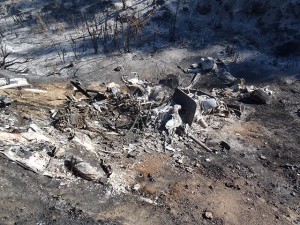 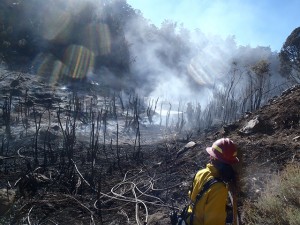 Bureaucrat Beat: Tree killers, 47%, and Grateful Dead
Town of Mammoth settles with MLLA for a principal of $29.5 million