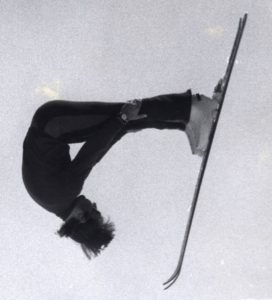 The documentary chronicles his inspiring life story as a former aerial skiing champion who was paralyzed from the chest down in an accident in 1985. After 28 years of adamantly refusing to ever ski again, a series of epiphanies, along with the support of his friends and family, finally prompted him to return to the ski slopes he loved as a young man.

“Skiing without the use of your legs is just as hard as it sounds,” Webb stated, “and it’s easy to see why Mike was initially discouraged by the idea. The fact that he rose above that out of love for the sport demonstrates just how important it is to pursue your dreams against all opposition. I can’t think of a better example of Mountain Culture than that.”

One of the early pioneers of ski acrobatics in the early 70’s, Vowels and a couple of “hot dogger” friends introduced the sport to their home mountain of Alpental. Through a combination of dedication and natural athleticism, Vowels became a champion in the sport, known for his trademark “Vowels-a-copter:” a trick that was a fusion of helicopter, 360, and daffy. 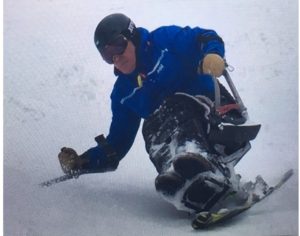 His victories didn’t earn the same money or sponsorship similar successes do today, but at age 18 he was given the keys to a 914 Porsche – then a second Porsche the year after. “I was sitting on top of the world,” Vowels said to describe the way he felt. A few years later however, he was only earning second and third place medals as his competition turned from skiers-turned-acrobats to gymnasts-turned-skiers. He retired and began teaching at Alpental, but a few years after that, his paralyzing ski accident seemed to spell an end for even recreational skiing. An all-or-nothing type of person, Vowels vowed never to ski again and kept to it – for 28 years. Return to Paradise – A Skiers Journey, produced by filmmaker John Plummer, tells the story of Mike’s decision to take to the slopes again, the people who encouraged and supported him, and his struggle to fulfil his dreams – face plants and all. 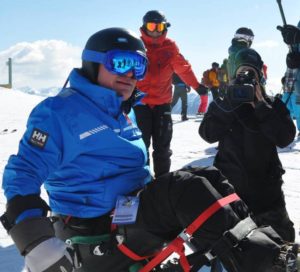 Please join Mammoth Lakes Repertory Theatre and Adventure Hub at Edison Theatre next Wednesday, March 27th at 7pm for a screening of this inspiring true story, followed by a Q&A with Mike Vowels. Ticketing, information and details atMammothLakesRepertoryTheatre.org.

WHAT: Mountain Culture Month – Return to Paradise – A Skiers Journey