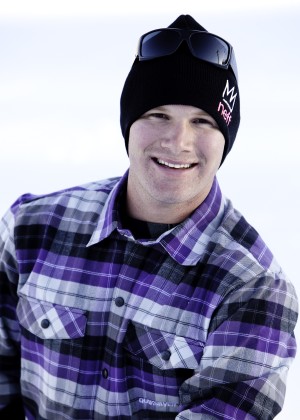 Another Gregory will fill an important role at Mammoth Mountain Ski Area. Michael Gregory, son of Ski Area CEO Rusty Gregory was appointed as the manager of the Unbound Terrain Parks. Under the direction of Josh Chauvet, Gregory will oversee all operational aspects of Mammoth’s terrain parks.

In a press release from Mammoth Mountain, Chauvet is quoted as saying that Gregory helped oversee the day crew, photo shoots and events with great success in his past role as Unbound’s Outside Operations Supervisor.

Gregory was born and raised in Mammoth where he spent his winters on the slopes and in the Unbound Terrain Parks. Gregory graduated from Whittier college with a Bachelor of Arts Degree in Business Administration and Management. In fact, the younger Gregory brings experience with him to his new position along with education.

Gregory just returned from a season abroad at Perisher Ski Resort in Australia where he organized and structured Perisher’s first legitimate Terrain Park Department. In his experience at Mammoth Mountain Gregory played what is described as an integral role in organizing Mammoth’s major on hill competitions including the U.S. Grand Prix of Snowboarding, the West Coast Invitational, the Volcom Peanut Butter & Rail Jam and the Roxy Chicken Jam.

We work to provide daily news to all of the Eastern Sierra, in the tradition of Eastern Sierra News Service and the Sierra Wave. We bring you daily happenings, local politics, crime, government dealings and fun stuff. Please contact us.
View all posts by News Staff →
Dark Halloween for Part of Big Pine
Plans for Mammoth’s Medical Marijuana Co-ops