Meanwhile, in Inyo County, one man continues to rail against the status quo over medical marijuana cooperatives. Brett Birmingham of Big Pine tried to start one but Inyo officials said he would violate zoning code. Now, Birmingham claims law enforcement are harassing him. 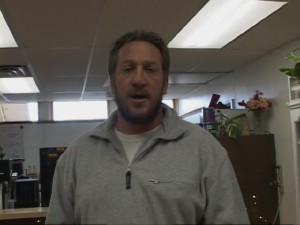 Birmingham called to say that he has been pulled over by deputies seven times and that his girl friend has too. He alleges it’s harassment because of his interest in a medical marijuana dispensary.

Birmingham said, “It has never been my goal to be a drug dealer, but we do have a right in California to have access to medical marijuana except here in Inyo County.” Birmingham did admit that one stop by deputies was related to his driving on a suspended license.

Sheriff’s Officer Jeff Hollowell said that a patrol sergeant stopped Birmingham for driving on a suspended license but that’s the only contact deputies have had with him, according to Hollowell.

We work to provide daily news to all of the Eastern Sierra, in the tradition of Eastern Sierra News Service and the Sierra Wave. We bring you daily happenings, local politics, crime, government dealings and fun stuff. Please contact us.
View all posts by News Staff →
Medical Marijuana Cooperatives Go To Mammoth Voters
Bureaucrat Beat: Live Like Us, Bad Verizon, and Racketeers