Steve Klassen spearheaded the right to open medical marijuana dispensaries in the Town of Mammoth Lakes. It was a lengthy process, including a vote of the people.  Now, following news that a U.S. 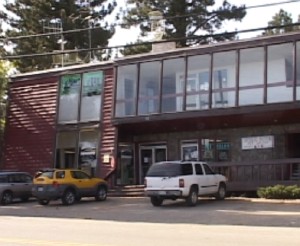 Attorney would meet with the Mono DA’s office over dispensary operations, Klassen has closed the doors of his outlet, Green Mammoth.

On Tuesday, Klassen told the Sierra Wave that he had made the decision to close Green Mammoth.  He said he called the Mammoth Lakes Police Department and withdrew his application for permit renewal. While there has been no direct effort to close Mammoth’s dispensaries, the broader news looks threatening.  Klassen said, “Because of conflicting information I can’t continue.  I can’t risk imminent closure.”

News reports have indicated that multiple letters are being sent out, threatening landlords with property seizure and prosecution if dispensaries are not booted out.  Faced with “a letter or a possible raid, I am not comfortable remaining open,” said Klassen.  He called it disheartening. A crusader for individual rights, Klassen said, “It’s a baseline of human rights to use the medicine you know will help you.”

Earlier, Assistant Mono District Attorney Tim Kendall had said that all 34 counties that are represented in the Eastern District of California have been invited to a sit down with the U.S. Attorney for the Eastern District. That includes Mono County. Kendall said this invitation has been extended to the DA’s in the other Districts as well.  The topic of discussion is medical marijuana dispensary operation.

There has been no current news about Mammoth’s other dispensary, Mammoth Lakes Wellness, owned by Robert Calvert.

Medical Marijuana. The poster child for the term oxymoron. The easy gateway for kids to obtain marijuana.

What’s with this crap of posts being “hidden due to low reader comment reading”? I thought liberals were pro free speech………..

I’m guessing the profit margin wasn’t what he was hoping for…otherwise he’d still be open. maybe mammoth only has enough potheads for one dispensary. But hey people, pot is way less harmful then alcohol no ifs ands or buts…the major risk with pot is becoming a pothead…ie. losing your drive… Read more »

I think people smoke pot for the same reason they go skiing. They enjoy it.

Wayne-it gets old having to pull all your comments out of the hidden column. Save us the time will ya?

Why can I envision a room full of “guy-guys” all sitting around a cramped one bedroom apartment in the low-rent district of town,where one of the roommates has a job,and all the other 6 or 7 are unemployed,playing video games all day,eating,lazing around,passing around the bong….and one of the “guys”gets… Read more »

I sat outside my bank for 10 minutes and 5 people with dresses went in. They must have been women. Wow. Looks like I have a future in law enforcement!

Yesterday in my city I had to take something into a shop for a minor repair. 2 doors down from the business was a recently opened pot shop….I sat in my vehicle for about a hour waiting for my item to be fixed. I watched about 10-12 people walk into… Read more »

Anyone can do the same thing at the shop located in the outlet mall…..just sit in the parking lot for a while and watch who goes inside….I don’t do this for sport….just waiting on a friend to finish shopping the other day….a very eye-opening experience.

“I classified as a doper”

Not that that’s profiling or anything.

30 years in law enforcement and you report that you are really good at judging, classifying and profiling people? Ever heard of probable cause? If you have x-ray medical vision you should be worth millions. Since you don’t have a medical degree of any sort you should be ashamed of… Read more »

Roy…..What “Monet” is trying to say is it was probably obvious that these 12 eighteen year olds you saw entering,and purchasing their “medicine” from the marijuana quick stop accually were all disabled citizens with terrible diseases,or going through painful treatments for their conditions….and you just did not see it that… Read more »

Courts require probable cause, the rest of us can go with profiling and common sense.

Trouble falling asleep is all that is required to become legal under prop 215. After a little medical mj you’ll fall asleep right after you eat that bowl of ice cream.

Problem is,usually it’s after a night out getting high and stoned with their friends……and the problem being able to sleep is their parents yelling and getting upset with their 38 year old for not getting out and finding a job….instead of napping all day in their basement.

Wayne – The people I know who have MMJ cards are 50 years old business owners who provided health benifits to their employees, own 2nd homes with garages full of toys and they’re sitting behind their desk by 6 a.m. each morning. I’m not saying there isn’t people around like… Read more »

Rob….The people I know that have MMJ cards….or just regular marijuana users… are guys that do very little work,have girlfriends,or wives that more or less support the household,being more like a Mother than a spouse or girlfriend with them,when they do get a job,or have some money in their pocket,they… Read more »

Wayne – I know there are people out there like you speak of, but I sure don’t cross paths with them. I suppose we could start making excuses for their actions, but they are probably lazy freeloaders regardless of their medical mj use or not.

I’ll stand by my post and my 30 years of dealing with people, 10 of which I worked narcotics, some of it in a undercover capacity. I have forgotten more about the drug world and the people in it than you will ever know… In my 30 year career I… Read more »

Roy, Could you sit outside a Doctors office and advise which of the people going in were going in for this illness as opposed for another? Which are currently sick or just in need of herpie cream? You and your 30 years of LEO experience have a future on Dionne… Read more »

Steve….One of my New Year’s resolution’s is to not comment on “marijuana issues” anymore on the Sierra Wave web-site,so this could be my last.With your statements,certain things should not be put to the vote of the people…Prop.8 is a good example…another is allowing legal drug use,and legal selling of drugs.And,in… Read more »

I thought we lived in a democracy, the State of California voted for it; IT PASSED. Then Mammoth Lakes voted for it “IT PASSED.” I’m not for medical marijuana, but when the majority have spoken then I really don’t think the government should have a right to stop it. I… Read more »

The same goes for the Gay Marriage ban. The people voted for it (twice) but the California Courts don’t care about the vote of California Voters. I am not a supporter of legalizing marijuana but the American Voters don’t matter anymore.

Steve, there’s a difference between a state ignoring what its own voters passed (e.g., the gay marriage ban) and the feds exercising their authority under the Supremacy Clause. A state can’t vote to institute a law that conflicts with federal law. Maybe the feds should not be in the drug… Read more »

OH NO!!!!!…OH MY GOSH!!!!!!…Like a poster said going by the name”oh my gosh” on another post….”Stay calm,folks……in the face of adversity!”. give me a break!!!..Seems to me the “magic bullet” in Mr.Klassen’s decision to close down his pot shop just might be the Fed’s saying they were going to look… Read more »

Wayne,
Reports indicate that the Feds are at work to close down any dispensary (letters to landlords).
BK

The letters to landlords only went to a handful of them. The Feds once again only targeted a few dispensaries they thought were outside the state guidlines!

Some reports also indicate that very few of these dispensaries operate within the legal guide-lines.

We all know where you pull your reports out of!

Yeah,and it’s not out of one of those pro-drug legalization web sites the pot heads,trying to justify their drug abuse,visit on a daily basis…when they should be out looking for a job.

I hope Klassen knows there are many people here that appreciate his efforts and wish him the best. And no I don’t smoke it, but believe in my freedom of choice.