In recent weeks, the Mono District Attorney’s office chose not to file charges against a Loyalton, California man in a case that involved medical marijuana. The DA did file charges on two other men in the car stopped by deputies. 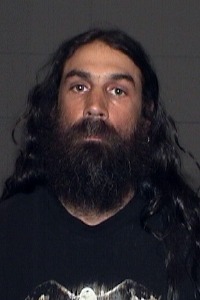 In a call to Sierra Wave, David Garza, 41, says he feels he was “profiled” by Mono deputies and “harassed big time.” Garza described himself as a retired logger who was traveling through Bridgeport on a camping trip, he said, when a deputy pulled him over for speeding. Garza said the officer asked him to step out of the car. He said he told the officer he had a medical marijuana recommendation letter. Officers arrested him for drugs anyway.

They also arrested his passengers on weapons and drug charges. Garza said the men may have faced a gang enhancement charge since the officer saw a Righteous Ones logo on his hat. Garza said he was detained in Bridgeport until an agent from a Tri-County Gang Task Force could arrive to question him about wars going on among clubs. Garza said he knows nothing about any gang or motorcycle club tensions.

Assistant Mono DA Tim Kendall confirmed that once Garza’s case made it to his desk, he “determined not to file based on personal amounts and confirmation of his medical recommendation.” Kendall did file charges on the two passengers. He added that no gang enhancements were filed because it did not appear that their crimes were promoting gang activity.

Garza is not satisfied. He said, “I feel I was profiled and harassed because of long hair and looking like a “cave dweller”, as one website comment said. “This does not amount to probably cause,” said Garza.

I KNOW THAT DUDE!!! LOL
Pretty sure he had that same medical condition in high school 😉

way to go tim kendall re: not wasting any more taxpayer’s money on this nonsense

Mr.Garza states having long hair,and looking like a “caveman” does not ammount to probable cause for a traffic stop and arrest….but maybe once the stop is made….for speeding…..and then finding meth and illegal weapons in the vehicle,just maybe that can make Law Enforcement suspicious,don’t you think?…..I’m sure after all the… Read more »

I said back when this story hit the news that the DA won’t file charges….I was right, logic prevailed….thank you California voters for thumbing your noses against corporate medicine and legalizing God’s natural medicine.

If I felt I was being (profiled) because of the way I looked and didn’t want it to continue…I would make some changes. BTW, the deputies PROBABLE CAUSE was Mr. Garza speeding down the highway with his car smelling like a Grateful Dead concert. No grounds for a lawsuit here,… Read more »

Big Rick….I agree with you….And finding the illegal weapon in the vehicle is also probable cause to search and detain…..But as we ALL have seen before,just cause there is no grounds for a lawsuit doesn’t mean there won’t be one……watch and see….

Here comes another Mono County lawsuit!!!!!Citizens,start reaching into your pockets again,to pay for this “harrassment” lawsuit soon to be filed by this marijuana “patient”.