Last weekend on Saturday and Sunday there were two days when county residents were able to get the much-sought-after Covid-19 vaccine from Pfizer at the Tri-County Fairgrounds in Bishop during a mass vaccination event. 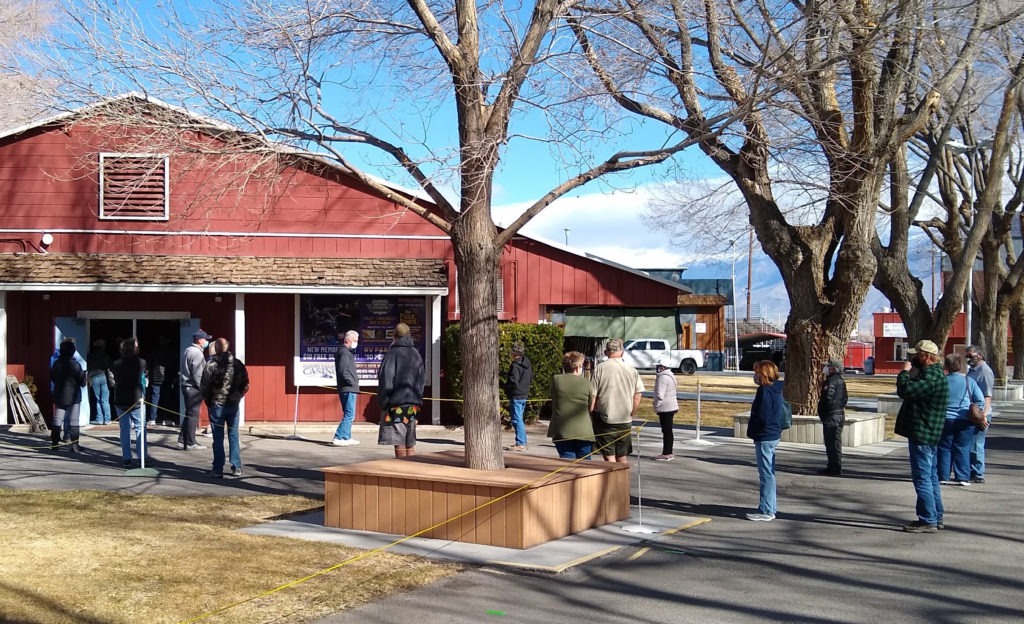 The process to get registered online and scheduled for an appointment, followed by the planning and organization found at the fairgrounds, were encouraging. But the best thing about the clinics were the smiling faces and “thumbs-up” on the faces of residents after they received their shot and walked outside to go to their cars.

Finally, people have been able to feel that there is actually something positive happening after months and months of negative news about the coronavirus, with its climbing national death toll which now exceeds over 500,000 of our fellow citizens dead. Then there have been the often-conflicting messages and the failed national leadership which made matters much worse than it should have been.

As is typical in the Eastern Sierra, there was a stiff, cold wind blowing outside, but that didn’t deter anyone from showing up to get the vaccination. People were wearing their face masks and practicing social distancing as they checked in at the gate, provided identification that they were a county resident, confirmed their appointment, and were at least 65 years of age or older. Inside the Home Economics Building it looked like an AARP Convention. 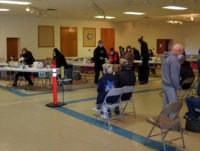 Those that received their first shot of the two-dose vaccine had to wait for 15 minutes in seating areas provided for them to make sure they did not have a negative or allergic reaction to the vaccine. Such problems, according to health authorities, have been rare. The most likely side effect of the shots given on Saturday and Sunday were pain at the injection site and later a sore arm, which for most was easily remedied with aspirin or other pain reliever.

The second dose of the Pfizer vaccine will be delivered 21 days later. Those receiving the vaccine on Saturday and Sunday have already been scheduled for it with the county.

There have been more side effects associated with the second dose such as a dull headache that persisted throughout the day, fever, chills, and fatigue, which appear to go away by 48 hours after the shot, although not everyone will have the same reaction. 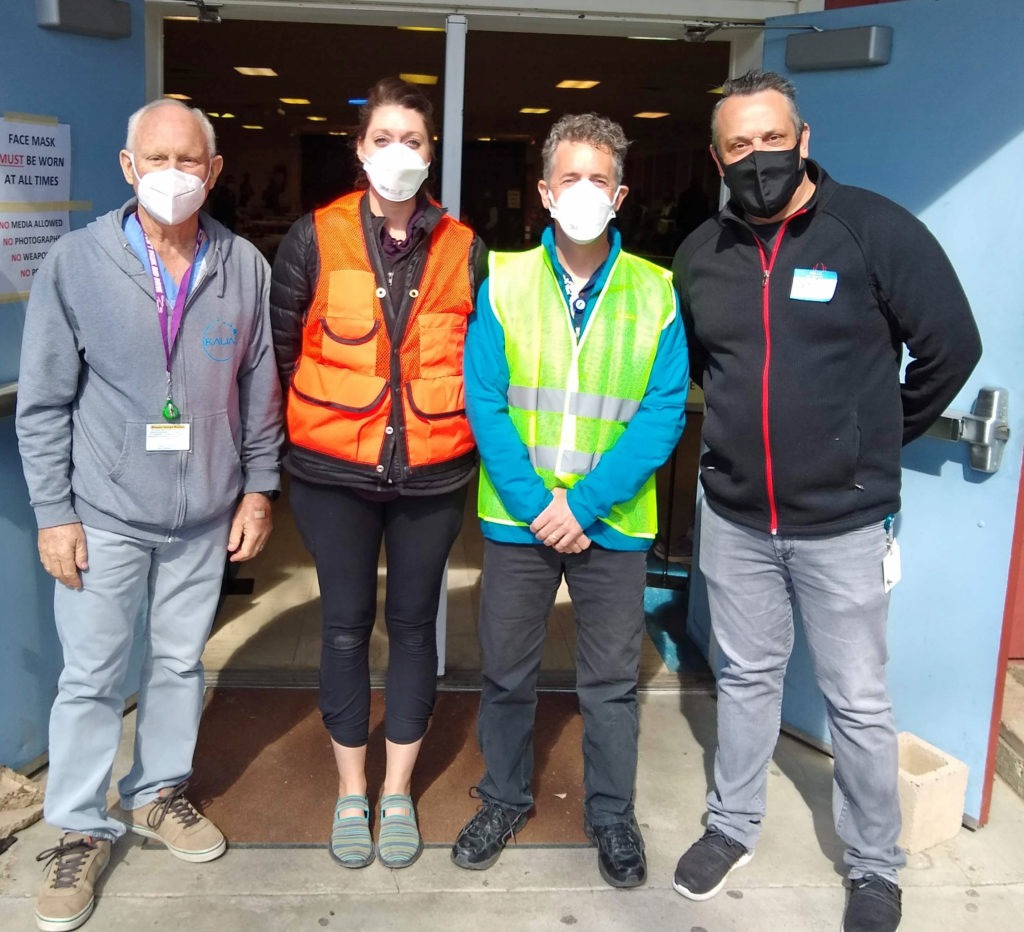 The vaccination event was a partnership between Inyo County Public Health and the Northern Inyo Healthcare District. NIHD Dr. Stacey Brown said, “People seem to be in a good mood.” He went on to note the importance of the mass vaccination events, saying that “The state has been tightfisted” giving out vaccine.

Brown noted that the success of this event will show the state that “we can store, handle and deliver the Pfizer vaccine, and get it “into arms.” That would be somewhere around 1,200 arms with the amount of vaccine they received, which is an achievement considering that they had less than a week to prepare for receipt of the extra vaccine from the state. In that short time, they pulled together the vaccination site, vetted volunteers and medical staff to deliver the shots, along with all the other elements needed to ensure success.

Congratulations and a “Job well done.” to the health professionals and volunteers who conceived, planned and executed this “Mass Vax.” I have heard horror stories from friends in other areas about their vaccination programs. Inyo County deserves to feel pride in the way this project was handled.