By News Staff on April 12, 2012 in Government Agencies/Utilities 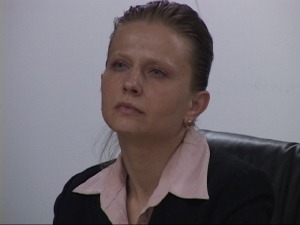 Marianna Marysheva-Martinez works for the Town of Mammoth Lakes under a contract.  As she says, her duties are limited in nature.  Once the issues are done, she said, the Town shouldn’t need her.  That’s why she has applied for a job in Yakima, Washington.

Sierra Wave website commenters revealed an article from the Yakima Herald-Republic newspaper online.  That article says that the Yakima City Council named four candidates as finalists to become the next city manager.

The first candidate named is Marianna Marysheva-Martinez.  The article calls her the interim city manager in Mammoth Lakes with previous work as an assistant city administrator in both Oakland and Lynwood, California.

Three other candidates are named.  The article says that the city of Yakima had 40 applicants in its quest to find a replacement for former city manager Don Cooper who left in December after only four months on the job.

Asked about this move on her part, Marysheva-Martinez said she told the Town Council that most of the work she does is limited in nature.  She said when the Town gets over the big hump of settlement with MLLA, financial issues and personnel rules, her tasks will be essentially complete.  Martinez said she is committed to finish her work in Mammoth.  She also said that the Town is not in a position to have the “luxury of an Assistant Town Manager” but should have when the Town can afford one.

She said the Town should not need her after she has completed her tasks.  Martinez said she knows the Town Council likes her and she likes being in Mammoth.  But, with an end in view, the experienced manager is looking ahead.  While members of the public have complained about Martinez’s $4,000 per week pay, many others have commented on her competency and seeming ability to handle the perilous MLLA situation.

I see one of our happier bloggers above gave a “thumbs down” to Wikipedia.

On the more serious side, this is what is going on in America.

This speaks for itself.
And this type finds its way onto blogs like this.

Seems to me a lot of the posters on this blog (could be only one, since the system allows lurking) might be happier on a Limbaugh neocon blog. Like attracts like. There they can pat each other on the backs and really stick it to them nasty liberals all day… Read more »

Why would they go to a place where they could agree on anything?

Had Enough- when come down off your cloud, trying telling us your great ideas.

I wish some of you people could understand what it is like to be responsible for a multimillion dollar budget. Oh ya none of you would meet the prerequisites to even take the test for the job.

jj
Reply to  HAD ENOUGH

Had Enough- forgive me your Holiness. Your remarks define arrogant.

I think I had enough of HAD ENOUGH!!!
I agree with Dennis K. if you are gonna say senseless remarks, instead of hiding behind a pen name, stand by your opinion and let us know who you really are.

This is what is happening in America

Get out while the gettins good….!

Pity the poor, tortured souls like P&B above. These types have no doubt been listening to OxyContin-inspired ilk like Rush Limbaugh for so long now they have not noticed how easily they are provoked and how deep the intensity of their foaming-at-the-mouth condition has become (and yeah,l I know …… Read more »

See if you can get the correct answer to the following multiple choice question:

Who is the Sierra Fan above?

(b) One of the Town Councilmen

(e) All of the above

None of the above friend just a businessman that appreciates the difficulties with the job she has and the great deal she has exposed….. finance deficiencies! You have to appreciate the fact that she earns a paycheck by telling those that pay her that they’re not doing a great job… Read more »

The job that she’s done is admirable! Most wouldn’t consider doing something of this nature, being so public and being inserted/hired to clean up the years of seemingly poor money management and poor economy. Yes, it’s what she was hired on for but with that.. she’s done this with an… Read more »

I agree that MMM is a talented and smart person. In fact, I wish she had been hired as City Manager. However, we don’t need two expensive people to run a 4 square mile town with 70 employee’s. One or the other but not both.

Ken, I was hoping they would either offer her the job or that she would want to stay as well. As hard as it is, the town and the folks are far better off knowing the truth (i.e. the hard truth) now rather than later when it truly is too… Read more »

Wilbrecht is originally from Washington – he whould go with her for all the harm he’s contributed to by his poor management….

Once again we have those hiding behind a phoney moniker (like the KKK hiding behind their sheets) throwing false information around. Ala Rush Limbaugh, Ann Coulter … that foam-at-the-mouth group. Dave Wilbrecht was not part of the group that instigated the airport mess. He was busy structuring a very productive… Read more »

Ironic that this story comes out on the 100 year anniversary of the Titanic sinking….