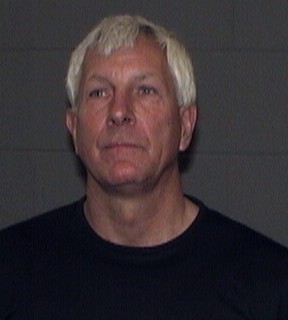 Center for Holistic Wellness in Mammoth issued a press release to clarify some possible misconceptions in the case William Crosby.

The press release says that due to recent accusations made against William R. Crosby, a member and officer of the Eastern Sierra Center for Holistic Wellness, “We would like to clarify some possible misunderstandings.”

The press release goes on to say that the Center is a non-profit mutual benefit corporation organized under the laws of the State as a medical marijuana cooperative. The release says that both the center and its officers and members “operate in compliance with the laws of both the State of California and the Town of Mammoth Lakes, and it holds both a California seller’s permit and a Mammoth Lakes business license.”

The release says that “Neither Mr. Crosby nor the ESCHW have any connection whatsoever with those others arrested by local law enforcement on or about the same date. The timing of those other arrests,” says the release, “was a coincidence.”

It goes on to say, “Mr. Crosby and all others affiliated with the ESCHW were shocked by the accusations against Bill and we look forward to the appropriate resolution of this matter that will clear up any misunderstandings.”

We work to provide daily news to all of the Eastern Sierra, in the tradition of Eastern Sierra News Service and the Sierra Wave. We bring you daily happenings, local politics, crime, government dealings and fun stuff. Please contact us.
View all posts by News Staff →
Bocce Ball rolls in at Bishop City Park
Barrett says DA went after him to hurt medical marijuana co-op