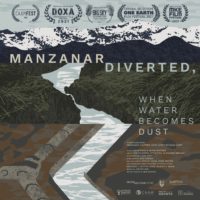 InterSection Films is proud to bring MANZANAR, DIVERTED: WHEN WATER BECOMES DUST, directed and produced by Ann Kaneko and produced by Jin Yoo-Kim, to Payahuunadü/Owens Valley, where the film will have four screenings. These screenings will occur from July 7 – 10 in Lee Vining, Bishop, Big Pine and Lone Pine. All of the screenings will be accompanied by a panel, featuring local community organizers. This screening tour commemorates the 1863 Forced March.

An inspired and poetic portrait of a place and its people, MANZANAR, DIVERTED: WHEN WATER BECOMES DUST follows intergenerational women from three communities who defend their land, their history and their culture from the insatiable thirst of Los Angeles. In this fresh retelling of the LA water story, Native Americans, Japanese-American WWII incarcerees and environmentalists form an unexpected alliance to preserve Payahuunadü (Owens Valley), “the land of flowing water.”

Featuring breathtaking photography and immersive soundscapes, the film recounts more than 150 years of history, showing how this distant valley is tied to the city of Los Angeles. It reveals the forced removals of two peoples–the Nüümü (Paiute) and the Newe (Shoshone) who were marched out of the Valley in the 1860s and the Japanese Americans who were forcibly brought here from their West Coast homes and incarcerated in a World War II concentration camp. 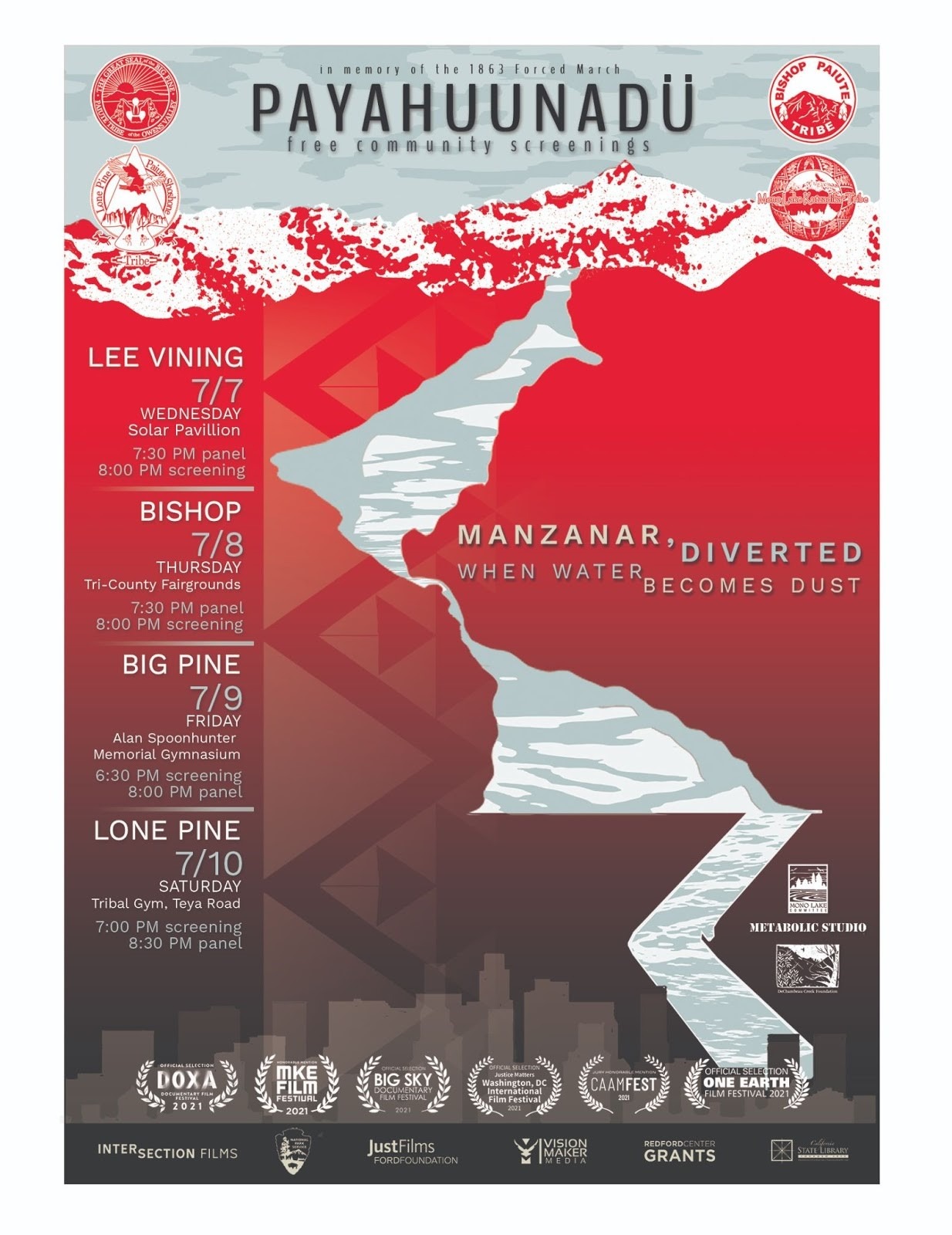 She adds “My family was unwittingly swept into a dark chapter of American history, and this film has become a platform for me to unravel how our story is entwined in the formation of the West and LA’s development as a megalopolis.”

Filmed over five years, MANZANAR, DIVERTED captures stunning and intimate imagery of this valley, combined with archival gems and careful research to narrate this epic story of the American West. It begins before colonizers came to the Valley and then shows how the US Army and settlers forced out the Nüümü and Newe; how the Los Angeles Aqueduct sucked the Valley dry; how incarcerated Japanese Americans made the land green again; how the Owens Lake became a health hazard and how this Valley now bears the pain of these stories and the consequences of losing water to diversion.

Manzanar is the name of the former concentration camp which has become a national historic site. Its annual pilgrimage unifies descendants of incarcerated Japanese Americans and activists who strive for social justice. The film offers a hopeful message of how communities can come together to overcome histories of oppression and halt further development and monetization of a land.

This screening tour commemorates the 1863 Forced March of Native Americans. On July 10, 1863, the US Army assembled about 1000 Nüümü and Newe men and women and told them they would be removed to Ft. Tejon, which is approximately 200 miles away. Many people died of thirst on this journey in the middle of the summer heat.

This is Kaneko’s third feature film. Her past films include A Flicker in Eternity; Against the Grain: An Artist’s Survival Guide to Perú and Overstay, which have won numerous awards and premiered to full houses at film festivals worldwide.