Kammi Foote, Inyo County Clerk, made an important point recently when she released a press release to remind the public that many of her office’s services such as ordering documents such as certified copies of birth, death or marriage certificates, recording land records, filing a Fictitious Business Name Statement and so on, can often be done remotely by mail (P.O. Drawer F, Independence, CA) 93526 or online at her office.

The simple fact is, is that most government offices and agencies have websites that allow the public to do much of what used to be only possible in person, to do so online, by phone or through U.S. postal mail. 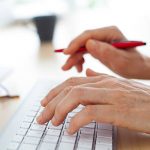 And for those government agencies that don’t, they should be pressed to do so.

Consider, before going to any public office to conduct business, calling or going online first, to see if what you want or need to do can be done over the Internet first. Save gas, save time and save money.

3 Responses to Many Government Services Are Now Available Online