On July 22, 2019, Mammoth Lakes Police and Mono County District Attorney Investigators arrested Christopher Adams Libby, 61, for three felony counts of sexual acts with a child under the age of 14. 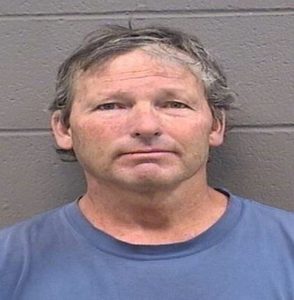 In accordance with the applicable statute of limitations, Mr. Libby is alleged to
have had substantial sexual conduct with the minor and the conduct is supported by independent corroborating evidence.

These acts were alleged to have occurred in Mammoth Lakes between the summers of 2002 and 2003.

During the course of the investigation, it was discovered that there are potentially other victims in the Mammoth Lakes area spanning decades, possibly as far back as the early 1990’s.

If you or someone you know has any information concerning Mr. Libby and sexual acts with children, please call Officer Brian Madera and the Mammoth Lakes Police Department at 760-970-8413 or Chief Investigator Chris Callinan and the Mono County District Attorney’s Office at 760-858-2127.

As with all pending cases, Mr. Libby is presumed innocent until proven guilty in a court of law.

Christopher Libby, Mono County DA, three felony counts of sexual acts with a child under the age of 14.

Richard Haney……your assuming a lot there…the age of the man pictured…( you think 25 ?)…and if so,his age when he committed the alleged crimes,trying to spin-it like he was a juvenile when/if he did…thinking his photo has been doctored (for what ? )….and I think by quoting Robert Mueller,trying to… Read more »

There are a few things wrong with this story. First of all, as former DOJ Special Council Robert Mueller made clear in Congress, but which very few others bother to make clear, the word “until” should be replaced with “unless and until”. Leaving out “unless” tends to convey a very… Read more »

So many residence of TOML look the other way daily. shame on you all.