This week a State Assembly committee approved a measure to legalize and tax marijuana in California, but the measure will likely falter until next year. Meanwhile, in Mammoth Lakes, officials and citizens continue to work on an ordinance that would regulate medical marijuana cooperatives in town. 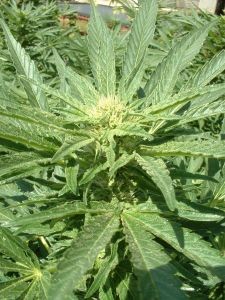 The Mammoth Town Council declared that the issue of whether Mammoth will have such cooperatives should go to a vote on the people June 8th. In case Mammoth voters say yes, officials want to have regulations ready to go.

Chief Schienle said the main points of concern in the ordinance are the number of marijuana cooperatives allowed in town, the number of plants they can grow, the appearance of the cooperatives, security issues and employee rules.

We work to provide daily news to all of the Eastern Sierra, in the tradition of Eastern Sierra News Service and the Sierra Wave. We bring you daily happenings, local politics, crime, government dealings and fun stuff. Please contact us.
View all posts by News Staff →
Tioga Pass Traveler Numbers Are Up
Graffiti Clean Up at Local Party Spot