While LADWP has suddenly gone public with a mega-solar project plan for the Owens Dry Lake, Mammoth Community Water District officials quietly came up with their own solar plan which could save the district more than $400,000 a year in power costs.

The plans include a solar photovoltaic array system on about 3.5 acres of water district land off Meridian Blvd. The project would generate around 600 kilowatts of electricity which would run the wastewater treatment plant and possibly more. 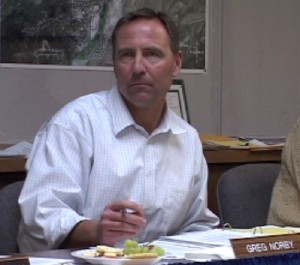 On top of that, Norby said that Edison would pay the District 32 cents per kilowatt hour generated.

The water board is expected to adopt a Negative Declaration environmental document to proceed with the solar project.

We work to provide daily news to all of the Eastern Sierra, in the tradition of Eastern Sierra News Service and the Sierra Wave. We bring you daily happenings, local politics, crime, government dealings and fun stuff. Please contact us.
View all posts by News Staff →
Two Stories of Plans to Dispense Medical Marijuana
Fire Destroys Two Bishop Homes