As Town of Mammoth Lakes officials “explore the options”, as they say, attorneys continue to ask the California Supreme 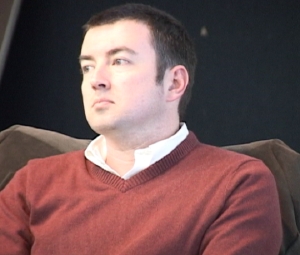 Court to hear Mammoth’s appeal of the Hot Creek decision.

Mammoth Town Attorney Andrew Morris said that the Town filed its request with the high court and the plaintiffs, Mammoth Land Acquisition LLC, have filed an answer. They basically argue that the Supreme Court should not grant a review of the decision but uphold the Appellate Court ruling.

Morris said that Mammoth anticipates letters of support from the League of California cities and the California State Association of Counties. He said that the Supreme Court can make a decision any time on whether they will review Mammoth’s case. The law firm of Horvitz and Levy, specialists in appellate cases, continue to handle this case. Morris oversees it.

Why would cities and counties support Mammoth’s side of this dispute? Morris said that the conversations he has had show that other municipalities are concerned that someone other than the Town Council can speak for the Town. Morris said that in matters of the Hot Creek Development Agreement, only the Town Council could act to breach it. He said the Court of Appeal indicated that the Town staff broke the agreement. “That’s troubling,” said Morris.

The appellate court decision against Mammoth indicated that the Town staff had participated in many closed sessions with the Town Council and that the staff believed they were authorized by the Council.

Morris said he believes there was no specific testimony about what the Town Council may have said to staff. “Closed sessions are confidential,” said Morris.

We work to provide daily news to all of the Eastern Sierra, in the tradition of Eastern Sierra News Service and the Sierra Wave. We bring you daily happenings, local politics, crime, government dealings and fun stuff. Please contact us.
View all posts by News Staff →
No special favors for Cougar Gold
Bureaucrat Beat: Hong Kong internet, FAA fax, and gasoline mania