By News Staff on August 2, 2021 in Government Agencies/Utilities, News Releases 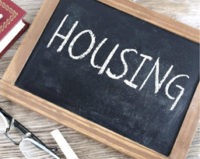 Housing In Lieu Fees Increases to be Considered

$6M for 23 residences, only 11 of which are low income. Then increase building fees, which will increase the price of new residences and decrease supply unless the laws of economics are repealed. I guess in some alternate reality this makes sense as a solution to Mammoth’s work force housing… Read more »