To answer questions about property taxes in Mono County and how they are distributed to the schools, Mono County Assessor Jody Henning and Assistant Finance Director Roberta Reed attended this week’s Mammoth School Board meeting. The Board asked them to place a special emphasis on when money from the sale and re-evaluation of Mammoth Mountain Ski Area back in 2005 would be distributed. 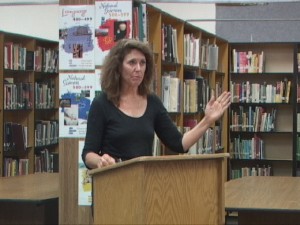 First, Henning explained that accusations that the Mountain had not been paying their tax bills were untrue.

Henning said, “There were no tax bills out there for the Mountain to pay, it wasn’t that they weren’t paying their taxes.”

She explained that the Mountain’s property tax value on the tax rolls at this time was the same value from the date of transfer in 2005. An appeal, however, is in the works and Henning said that the schools should not expect any trickle down from Mountain property tax dollars until after the appeal has concluded. At that time a one-time payment will be given to the schools.

Reed added that the County would hate to hand over some money to the schools now and then have to come back later and ask for some of it back because of the result of the appeal.

The appeal will attempt to reconcile the $100 million difference in what the County believes MMSA should pay in property taxes and what MMSA thinks they should pay.

“Second homeowners are usually the most delinquent because they are running these homes like a business and they know that it takes approximately five years before a property can go to a tax sale,” Reed explained.

We work to provide daily news to all of the Eastern Sierra, in the tradition of Eastern Sierra News Service and the Sierra Wave. We bring you daily happenings, local politics, crime, government dealings and fun stuff. Please contact us.
View all posts by News Staff →
Decision on Inyo National Forest Road Plan
Northern Inyo Hospital Starts Construction of Extensive Foundation