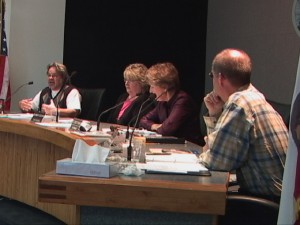 Senior Planner Ellen Clark explained the difference between the two while giving her report on the housing element at the Jan.14 Planning Commission meeting. The housing element is a Town document that has to meet state requirements while the housing strategy focuses on types of housing and broader community needs. Clark and MLH Executive Director Pam Hennarty hope to dovetail the two efforts at some point.

Commissioner Tony Barrett questioned why Town staff was taking the lead on the housing element when Mammoth Lakes Housing had been set up to take care of all the communitys affordable housing needs. Clark pointed out the housing element would be a Town document in the end and therefore staff needs to keep abreast of what is in it.

Clark went on to review the housing element process for the Commission. She explained that the last reporting period had been from 2001-2008, and that the Town did well under State standards because of housing units that MLH has put online. She explained that an increase in the need for affordable housing was forthcoming as incomes in Mammoth have been falling since 1999, while median condo prices almost doubled in approximately the same timeframe, going from $293,720 in 2001 to $612,500 in 2008.

Commission Chair Elizabeth Tenney then asked Hennarty what MLH had in store for the future, seeing as how it was their units that had helped the Town do so well on its last housing element report.

Hennartys response was bleak, stating that everyone is hurting right now.

MLH is in a restructuring and rebuilding process, she explained. We have grants that are frozen and down payment assistance loans that we can no longer give because of the state of the economy.

Commissioner Rhonda Duggan stated that the housing element process should keep the economic climate in mind and be fluid enough to react to whats happening.

We work to provide daily news to all of the Eastern Sierra, in the tradition of Eastern Sierra News Service and the Sierra Wave. We bring you daily happenings, local politics, crime, government dealings and fun stuff. Please contact us.
View all posts by News Staff →
Mammoth Planning Commission Honors Roy Saari
Double Budget Trouble For Mammoth Lakes Housing