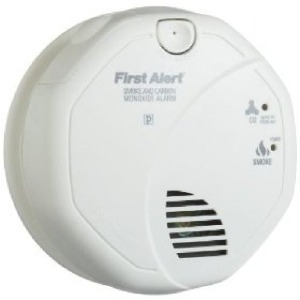 Some mechanisms include both smoke and carbon monoxide detectors.

As we had reported last week, a new state law requires owners of homes to install carbon monoxide detectors.  The requirement for single family homes was July first.

The Mammoth Lakes Fire Department let us know about the new law in June.  Now, the Town of Mammoth Lakes has followed with a community outreach effort to inform residents of the new requirement.  In Mammoth Lakes, carbon monoxide can become a problem if snow blocks ventilation.

The Town of Mammoth says that according to the Federal Centers for Disease Control and Prevention estimates that carbon monoxide kills approximately 500 people each year and injures another 20,000 people nationwide.  To prevent these tragic results, the California Legislature voted in Senate Bill  183 which mandates owners of dwellings intended for human occupancy to install carbon monoxide devices in existing dwelling unites that have a fossil fuel burning heater or appliance, fireplace, or attached garage.

The deadline for all single family dwellings was July first.  Other dwelling units have until January 1, 2013.  The Town says that you can visit the State Fire Marshall’s website for more information.

Is it me or are there more and more laws these day. It seems that we need the government to pass a law for common sense. Whats next a law that fines people for no looking when crossing the street or better yet how about a law for being a… Read more »

Don’t worry big brother will save you…