Winter has returned to Mammoth Mountain with a recent storm that dropped 19 inches of powdery goodness on the mountain. Only three months after the lifts stopped running last season, Mammoth has returned to its familiar snowy state. A storm rolled into the area on Tuesday night and continued through Thursday evening. 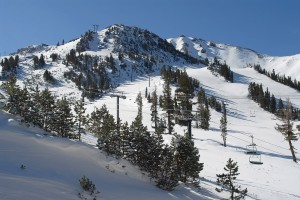 The timing of the storm has winter enthusiasts excited for another year of plentiful snowfall. And for good reason – last winter not only was Mammoth’s snowiest winter on record with 668 inches of snowfall, but the first snowfall for last winter occurred on the same day one year ago, October 5, 2010.

Mammoth is scheduled to open for the 2011-2012 winter season on Thursday, November 10, 2011 but early openings are not out of the question if snow conditions allow. The earliest opening date ever for the resort was October 8, 1994.

Mammoth Mountain has spent the short summer season investing $20 million in improvements to the resort to ensure that visitors will have their best winter ever. This season at Mammoth you can expect to see: