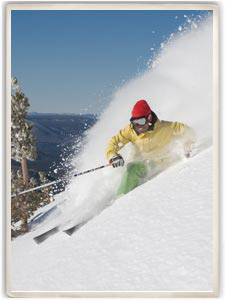 The best party in California goes down Opening Weekend! Dust off your gear, grab your friends and launch into the ski and snowboard season with tons of events! Don’t miss movie screenings, the Mammoth Unbound Magazine party, a concert by the Black Lips with special guest Ra Ra Riot and the unveiling of Mammoth Unbound’s “new look”.

After your first turns of the 2011/12 season and some bubbly watch two of this season’s newest snowboard videos at Hyde Lounge with the crew from DC Snowboarding.

Catch a little early season snow stoke with a day on the slopes then hit the red carpet at Hyde Lounge and browse through the newest addition of Mammoth’s own magazine – Unbound Volume 2.  Stick around when the lights go down because DJ Ecto Cooler is invading the Monster gondola booth for the official after party.

Once again we’re showing two of snowboarding newest films, but this time catch them outside on the big screen in the Village at Mammoth.  Afterwards jump on the complimentarty shuttle and head to Canyon Lodge where Mammoth Concert Series presents the Black Lips + Ra Ra Riot.