Mammoth Brewery’s basement was packed with voters Monday evening, waiting to get some help with the list of state propositions on the November 6 ballot from Supervisors Stacy Corless and Jennifer Halferty and Mammoth Lakes Councilmember John Wentworth. 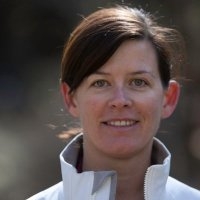 Corless admitted up front they were not neutral in their analysis. The three honed in on those propositions most relevant to the community. Not surprisingly, three of the propositions under scrutiny involved housing.

Former head of Mammoth Lakes Housing, Halferty urged support of Props 1 and 2. Prop. 1, a $4 billion bond issue, would provide funds, on a competitive basis, to help grow the housing supply in Mammoth Lakes and Mono County. Halferty cited Mammoth housing needs assessment that indicated 25-percent of the town’s workers lived out of their cars. And, of the 42-percent of the workforce commuting to work, nearly half of those would live in town if they could afford to.

Prop. 2, a $2 billion bond issue, would help provide permanent, supportive housing for the homeless with mental health issues. The County is currently planning facilities in both Mammoth and Walker. According to Halferty, a law is in the works that would prevent hospitals from releasing patients unless they have a place to go, putting additional pressure on communities to deal with homeless issues.

The third housing-related proposition, 10, places rent control in the hands of local governments while still requiring that landlords get a fair return on their rental property. According to Halferty, passage of Prop. 10 won’t make rental housing any more expensive. Corless provided some rent control background, going back to the 1995 passage of Costa-Hawkins Act that limited rent control. “This puts the power back at the local level,” she said.

Wentworth took the lead on Proposition 3, a citizen $8.8 billion bond issue that pretty much picks up where Prop. 68 left off. The funding will go to water infrastructure and environmental projects like watershed restoration.

Wentworth pointed out the Eastern Sierra got $492 million from Prop. 68 and perhaps funding for the Los Angeles Department of Water and Power to get water more efficiently to the city would take some of the pressure off the Eastern Sierra. Of interest to Owens Valley is funding for implementation of the Sustainable Groundwater Management Act.

Propositions 5 and 6 both got recommendations of “no” from the panel. Prop. 5 would expand the ability of anyone over 55 or severely disabled to transfer property taxes from one property to another. Corless explained: If an eligible property owner sells a $200,000 home and moves to a $500,000 home in Mammoth, they could pay the same property taxes they paid on the less expensive model. Over time, she said, that would take a lot of money from both the Town, the County and more specifically, special districts like schools.

Wentworth described Prop.6 as the “poster child for easy, cynical bonds.” Okay, 6 would repeal the gas tax but would provide no Plan B for road fixes, but the more onerous part of the proposition is the fact it sets “a very high bar” for future road funding, much like Prop. 13 did for raising property taxes.

lol….I guess I must be missing something….it simply removes the current State government’s limitation on City and County control over their own jurisdictions. It’s not like this proposition creates or bans rent control. In general, people typically say local control is better than state or federal!

How can anyone be against Prop 10??? It simply allows Local governments the OPTION to consider rent control. It does not implement rent control anywhere.