By News Staff on October 5, 2015 in Government Agencies/Utilities

Press release from the Department of Justice 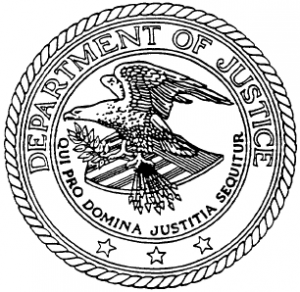 According to counts one through eight of the indictment, in 2010 and 2011, Bourne transported archeological resources from Nevada into California that were found on public lands and were over 100 years old. Among the items removed were obsidian biface tools, Steatite pendants, and glass beads allegedly removed from a tribal cremation and burial site. Counts nine through 14 charge Bourne with unauthorized excavation and removal damage or defacement of archaeological resources in Death Valley National Park, Inyo National Forest, and Sierra National Forest. The Native American cultural artifacts taken in 2010, 2011, and 2014, such as dart points, stone tablets, and a juniper bow stave were over 100 years old.

According to counts 15 through 20 in the indictment, Bourne willfully injured property of the United States by excavating, removing damaging and defacing cultural artifacts on land administered by the United States Forest Service and the National Park Service in the Counties of Mono, Inyo, and Fresno.

“This indictment shows that the prohibited acts including the unauthorized damage, alteration, excavation, and removal of archaeological resources on federally managed public lands is a serious matter,” said U.S. Forest Service Law Enforcement Special Agent Mike Grate.  “We want to thank all the agencies involved for all the hard work in bringing this to closure.”

At the arraignment, Bourne pleaded not guilty to the charges and was released on his own recognizance. His next court hearing is a status conference before United States Magistrate Judge Sheila K. Oberto on December 7, 2015.

This case is the product of an investigation by the United States Forest Service, National Park Service, and the Bureau of Land Management. Assistant United States Attorney Laurel J. Montoya is prosecuting the case.

If convicted, Bourne faces a maximum statutory penalty of 98 years in prison and a $2,030,000 fine. Any sentence, however, would be determined at the discretion of the court after consideration of any applicable statutory factors and the Federal Sentencing Guidelines, which take into account a number of variables. The charges are only allegations; the defendant is presumed innocent until and unless proven guilty beyond a reasonable doubt.

Take pictures. ..lol Taking pictures is what got the good Dr. All caught up. If he had kept his “treasures” in his private collection hemail wouldn’t have been caught. But like the bank robber with their profile pictures of them rolling in a bed full of cash, someone reported Dr.… Read more »

I’ve heard that many people have a copy of that code on them at all times while out “exploring” I’ve heard that only in Ca. have authorities made a big deal out of stopping Arrowhead hunting on public lands….Only what I’ve heard….I’m not an expert

Has anyone bothered to read the Archaeological Resources Protection Act of 1979? You will be surprised about what can be “picked up” after all.

I took an old whiskey bottle from an old trash heap near Mono Mills a long time ago. Immediately my luck went bad. After a few days I took it back and placed it where I found it. I think part of Mr Bourne’s punishment should be returning all the… Read more »

Going into any number of locals’ homes, especially the old timers, and you’ll likely find obsidian arrowheads on display. I can think of four folks who have large grinding rocks in their yards. What if they didn’t collect themselves but were given them? Is possession a crime or only if… Read more »

@John Barton: Proving collection and intent in ARPA cases is always very difficult. Most of the time, even if found guilty the defendant gets a slap on the wrist and a minimal fine. “Legacy” collections as we call what you refer to would be almost impossible to track down. ARPA… Read more »

Doug…Check the Sierra Wave archives for March 13.2013 and the 18th. BLM found an older gentleman in the desert digging up old bottles, went to his house WITHOUT a warrant and took ALL his purple bottles and he was prosecuted. Explain to me HOW they determined which bottles were actually… Read more »

Yes John Barton many people have collections. Many will tell you they collected them before it was illegal. Problem is that the Antiquities Act was passed in 1906, not many folks walking around were capable of collecting in say 1905……technically possessing artifacts that came from federal lands and were not… Read more »

Scared2beme You are dead wrong on both statements: ” A hundred years ago it was TRASH,LITTER,REFUSE,WASTE…now, if you trip on it and pick it up, it’s buys you time in a federal lock-up… and they put more effort into this investigation than the ones that involve the mexican cartels growing… Read more »

Trouble…..When you go to the after-life,be sure to let all of us know where your final resting place is going to be….especially if your going to be buried with some type of momentos,like some ask to have their family members do…that way,if one of us want what your going to… Read more »

I hope they bury me in my back yard and upside down. So the world can kiss my …

Trouble : If they do,can I dig you up and check your pockets for money or artifacts buried along with you ?…..If they bury you face down,I won’t even have to turn you over.

Or…we could use as a bike rack.

Just leave my gold teeth a lone. I want ta look good, just in case I got to answer to someone important down there.

I don’t know Charles. If it is buried, what good is it to anyone? It’s not the same as grave robbing.

Artifacts are better put in Museums and used for educational purposes

@Trouble, I don’t think it should be up to you to decide whether or not it’s good to anyone. If it doesn’t belong to you – leave it alone. If you feel compelled, take some photos and share them with the agency responsible. Let them decide. Had the esteemed doctor… Read more »

I remember when the BLM and USFS handed out maps on where to hunt for arrowheads.

My parents taught me and I passed it on to my kids:
If it doesn’t belong to you, leave it where it is.

Simple advice that will generally keep you out of trouble.

There are those that could argue that since ARPA was written in 1906, and protects anything 100 years old or more, that could mean that anything from 1806 or older would fall under the law, RIGHT ? SOOOOOOOOOOOOO, my bottle from 1912 would have only been SIX years old in… Read more »

…and “Trouble”….I’m thinking if you (allegedly) get to a burial site with shovel in hand and start digging, I’m not so sure that should be seen as “coming across” an artifact…maybe it”s just my thinking,but if your walking in the desert,find one of those old purple bottles,if you pick it… Read more »

Scared2Beme….Don’t know for sure the definition of “artifacts”…but a good bet if you dig up and into a burial site from over 100 years old,what you find is probably an artifact that should be left alone…one thing to maybe find an old bottle lying in the desert….a whole nother thing… Read more »

leave ’em where you found ’em. being a good doctor did not prevent him from
being accused of grave robbing

O.k., so if you come across a artifact, what are you supposed to do?

If you are on public lands, and you just happen to see what you think may be an artifact lying on the ground, you should report it to a representative of the agency that manages it, so that it can be evaluated, protected or excavated properly. If you have a… Read more »

Jane, it is charming that some people still retain uncritical trust in government, and report things like good citizens. Others feel that no good deed goes unpunished these days, and that by reporting something, you are putting yourself on report. If you think this is paranoid, you are perfectly free… Read more »

Beads are not bottles, neither are stone tools. Sad to say, any bottle that is purple from age is probably classed as an artifact, but if it is lying on top of the ground it probably won’t be missed and you won’t be noticed unless you have a large, recently… Read more »

But seriously
Reply to  Trouble

But seriously, what are you supposed to do? Leave it there? Tell someone? Any ideas?

Scared2Bme
Reply to  But seriously

Does everyone know of the “Bodie Curse” ? I guess it’s not just limited to Bodie anymore, but the entire open spaces of the United States. Do not remove one broken piece of glass, one nail, or a single rusty can. You will forever be cursed with bad luck. Or,… Read more »

Trouble, the federal law, the Archaeological Resources Protection Act, requires you and everyone else to leave artifacts where they are, in place. Very simple.

Umm, look at it , take a picture and leave it.

A hundred years ago it was TRASH,LITTER,REFUSE,WASTE…now, if you trip on it and pick it up, it’s buys you time in a federal lock-up… and they put more effort into this investigation than the ones that involve the mexican cartels growing drugs in our national forests. Am I the only… Read more »

Take only pictures, leave only footprints.

I certainly don’t know the facts of this case, I can only say, Dr. Bourne is a wonderful anesthesiologist. I’m sorry to hear that this is going on, I hope for a quick and fair resolution.

I’d like to know the definition of “artifacts”… if I pick up an old medicine bottle that’s been laying in the desert sun since the sinking of the Titanic (1912) am I committing a FELONY ??? If so, half the population of the Owens Valley is guilty.

An artifact is anything that is altered by humans. That being said, if it is on Federal land and is at least 50 years old it is illegal to move it.

@trouble you do realize that is the max. He won’t even come close to that. Guaranteed.
As with any crime these are only allegations,.
Innocent till proven guilty

Seems a tad ridiculous on the possible penalty. People get way less time for murder and manslaughter.

The wealthy are INNOCENT!