The Mammoth Lakes Welcome Center is closed until further notice due to flooding. For safety, please avoid this area. Crews are working to divert flood waters and determine the extent of possible damage. 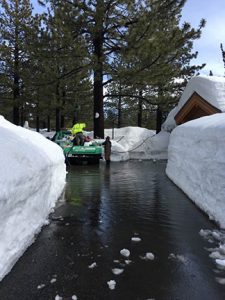 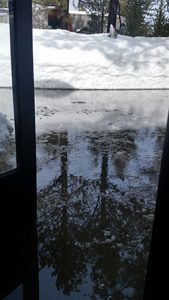 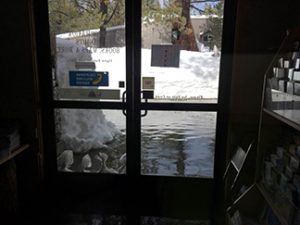 Who:   A crew of 15 California Conservation Corps members from the CCC’s Tahoe Center. The crew’s supervisor is Zach McHenry.

What:  At the request of the Town of Mammoth Lakes, corpsmembers are working with the Mammoth Lakes Fire Protection District, AmeriGas and Eastern Sierra Propane to clear record-setting January snow accumulations from approximately 40 prioritized risk-based propane tanks that are covered by up to 20 feet of snow.

The primary concern of the Town’s agencies is the risk to public safety from heavy snow potentially breaking off the first or second-stage regulators and piping on the tanks or homes, and thereby causing propane leakage that would pose a significant threat to life and property

The CCC crew will also remove snow around fire hydrants throughout town and from public buildings with flat or low-pitch roofs such as the Community Center or other public facilities. The crew has also assisted the Town with filling hundreds of sandbags to help mitigate localized flooding

The California Conservation Corps is a state agency created in 1976 by Governor Edmund G. Brown Jr.  Members of the CCC are young men and women between the ages of 18 and 25 who join for a year of outdoor work as well as emergency response — floods, fires, earthquakes, oil spills and more.

For details about the program and job opportunities, visit www.ccc.ca.gov.

One of the US Forest Service patrols reports damage, a rivulet across parts of the Buttermilk Road, and extremely soft and sandy conditions approximately 2.5 miles up from Highway 168. 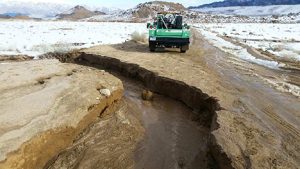