The mood at Mammoth Hospital has matched the snow level – very high. For the hospital, revenue is up, expenses down and 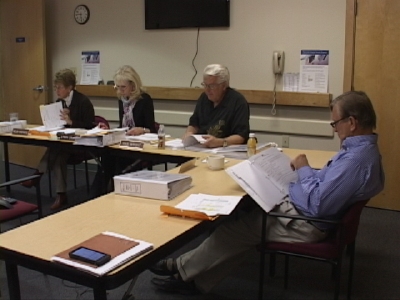 official accreditation possibly in the future.

At Thursday’s Hospital Board meeting, Chief Financial Officer Melanie Van Winkle delivered the good news that patient numbers are up and so is net revenue. Van Winkle said that even though March slowed down somewhat, operating revenue was $5.4 million. Year to date total operating revenue is $43.9 million, which is $3.6 million over budget. Van Winkle said. Clinic visits are up, emergency room activity is up and so are inpatient surgeries.

Van Winkle told the Board that contract service costs have started to go down. Supply costs have dropped, and Accounts Receivables went up. Accounts 120 days overdue amount to 15.2% of all accounts due. Van Winkle said that’s a record for Mammoth Hospital. Cash collections for March added up to $7 million, also a record. Year to date, Mammoth Hospital has collected $43.2 million.

As a result of all this, the hospital has more cash in the bank – 125 days of cash on hand, which is also a record. Board member Dr. Dennis Crunk asked Van Winkle how she would describe why things are better. She said from tightening down expenses, supplies and services and an increase in patient volume. “We made a lot of effort to manage costs,” said Van Winkle. She said the hospital has held down labor costs too. Salaries and benefits to date add up to $17.7 million which is almost $2 million under budget.

In later posts, we’ll report on Mammoth Hospital’s moves toward official accreditation and on property purchases.

We work to provide daily news to all of the Eastern Sierra, in the tradition of Eastern Sierra News Service and the Sierra Wave. We bring you daily happenings, local politics, crime, government dealings and fun stuff. Please contact us.
View all posts by News Staff →
Your new pals- Murray and Hannah
Mammoth’s court judgment: incentives to negotiate