Rank and file employees at Mammoth Hospital feel picked on. Privately, some say middle and upper management should share the financial pain and take cuts themselves while employees brace for 20 terminations. 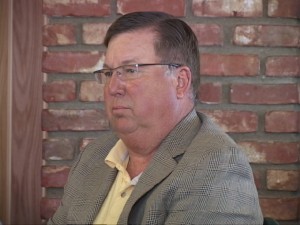 Mammoth Hospital will save $2 million through voluntary terminations and forced lay-off of a total of 20 full time people. Rumors indicated that physicians would make $2 million with pay increases. Hospital Administrator Gary Boyd said that’s not true.

Boyd did confirm that physicians will make more money in the new fiscal year. He said that some rates for services will go up and doctors get a percentage of what is billed. Physicians will also make more money on new services provided. Boyd said doctors will make about $420,000 more overall. He said that out of a budget for doctors of $10 million, their fees will go up 4.1% due to rate increases.

Why doesn’t hospital management take a hit with pay cuts? Boyd’s response was that management will not get a cost of living adjustment. Boyd said, “I personally am against across the board pay cuts. For a hospital our size, we are over-staffed.”

We work to provide daily news to all of the Eastern Sierra, in the tradition of Eastern Sierra News Service and the Sierra Wave. We bring you daily happenings, local politics, crime, government dealings and fun stuff. Please contact us.
View all posts by News Staff →
New Sunrise Rotary President
Grand Jury Report on Mammoth Police Now in Draft Form