By News Staff on June 21, 2011 in Government Agencies/Utilities

As the businessmen of Mammoth Lakes Land Acquisition pore over financial records of the Town of Mammoth Lakes, in search of payment for their $40 million lawsuit judgment, the Town Council tries to come up with an interim budget for the new fiscal year, which does not even include the big debt payments. New Town Manager Dave Wilbrecht did not sugarcoat it when he told the Council that they have to be prepared to deal with the MLLA settlement and consider that as they make budget decisions. The Council tentatively supported cuts of three police officer positions and one employee each in Public Works and Community Development. 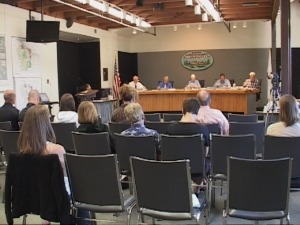 The Council spent close to four hours Wednesday night as they examined staff recommendations on how to make up a $2.8 million shortfall that developed as a result of less revenue and more employee expenses negotiated in the past. They made no final budget decision but did generally agree on some cuts for Police, Recreation and Parks, Public Works, Community Development and several other items. New Mayor Jo Bacon said the Council has come within $200,000 of a balanced budget. The Council expects to approve an interim budget next Wednesday after staff offers them options to close the final gap.

Police Chief Dan Watson defended his department’s need for officers. He had earlier prepared a report that justified the current staff and need for additional officers to handle the increase in criminal activity. The Chief said the three positions in his department were cut pending the outcome of negotiations with the employees associations. If wage and benefit concessions are made by employees, the three positions in the police department and other jobs on the chopping block could be saved. 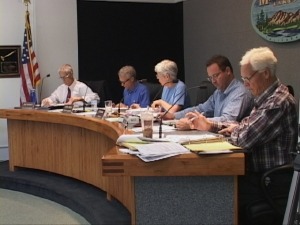 Wednesday night, Council members discussed applying for Measure R funds to help with recreation costs. They also looked at Measure A money for tourism as a possible source to pay for air service subsidies and other tourist-related costs.

Howard Pickett, Mammoth Mountain Ski Area Marketing Chief and Tourism board member, told the Council that use of tax money intended for marketing was a “slippery slope.” The Council did agree to reduce the ice rink project to a slab with a $365,000 savings. The Council members did not support two furlough days per month to save money.

Mayor Jo Bacon said that she does not think the situation will include no services at all. “We’re not rolling up the sidewalks,” said the Mayor.