What do Real McCoy Amber, High Country Pilsner, Golden Trout Ale and Double Nut Brown have in common? Well, they are all locally brewed beers, but they’re also gold medal winners in the California State Fair. 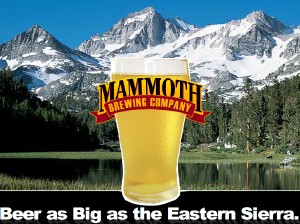 Mammoth Brewing Company scored the gold medals when they entered eleven beers for competition. All eleven earned either an award or medal, including the four gold and two silver medals.

Cheers to Mammoth Brewing. A real coup for the Eastern Sierra.

We work to provide daily news to all of the Eastern Sierra, in the tradition of Eastern Sierra News Service and the Sierra Wave. We bring you daily happenings, local politics, crime, government dealings and fun stuff. Please contact us.
View all posts by News Staff →
Cottonwood Plaza Land Owner Takes Over
Remembering Carl Willis