In Mammoth Lakes a collision in a main intersection caused some problems. Saturday night close to 8:30pm it was a case of “he said- he said.” 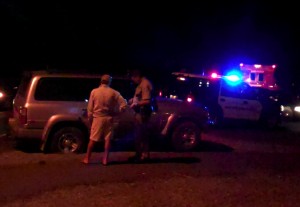 Cleland Hoff was on scene after two vehicles collided at the intersection of Minaret and Highway 203. Mammoth Police Sergeant Karen Smart said that both drivers swore they had the green light. No other witnesses stopped, so police had no independent confirmation of what really happened.

Intoxication, officers said, was not an issue. So, it was kind of a mess on a Saturday night in Mammoth.