By News Staff on June 29, 2014 in Government Agencies/Utilities 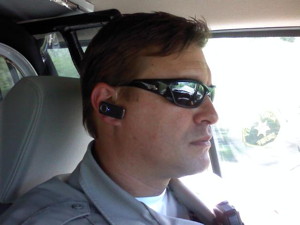 Former Mono County Deputy Jon Madrid, subject of a highly publicized termination and an arbitration and court hearing which ruled in his favor, has succeeded in keeping Mono County government locked in a federal court fight over his First Amendment rights.

The Judge’s decision recites the facts now familiar to Mono County residents – the seven years of Madrid’s outstanding service commended on his record. Then in 2008, Madrid spoke out about what he believed was the mishandling of medications for jail inmates and about a false police report.

The Judge’s decision says O’Hara “issued a written directive to Plaintiff that he not report crimes or emergencies, or personally render assistance to those in need, while off-duty.” The decision says Madrid alleges County employees retaliated against him by denying his advanced P.O.S.T. Certificate and pay increase. Madrid said O’Hara was overheard saying it was his goal to have Madrid terminated.

The Judge’s decision continues to lay out a laundry list of mistreatment, which included, menial tasks for the purpose of humiliating Madrid. That’s the forced sitting in a chair at the Sheriff’s Department all day long. When Madrid won his administrative appeal, the County and Sheriff’s officers claimed Madrid abandoned his job.

As to the Civil Rights violation lodged against Mono County, Madrid contends County government was involved because “the Board of Supervisors of the County delegated to the Sheriff their final policymaking authority ‘for all purposes connected with the management of employment’.” The Judge finds Madrid’s allegations as sufficient to withstand the County’s motion to dismiss under the civil rights law.

On the whistleblower statue, the Judge’s decision explains that an employer “shall not retaliate against an employee for disclosing information.” The Judge says Madrid alleges he was subject to “adverse employment action in the form of persistent harassment, fraudulent misconduct investigations, and termination.”

The Judge refuses to dismiss the whistleblower claim regarding a false police report, but did dismiss the one involving handling of medications because no specific law violation was alleged. However, Madrid’s attorneys have 30 days in which to amend this document. So, Mono County continues as a defendant in the Madrid federal case.

This case will move forward, and still pending is Madrid’s reinstatement as now ordered by an Arbitrator and a Superior Court Judge.

Why did Inyo Board OK raises they couldn’t pay for?
Inyo Supervisors: two more on pay raises and debt
11 Comments
Newest
Oldest Most Voted
Inline Feedbacks
View all comments

I would also say that Roy is dead right but add a couple more thoughts. Doesn’t county counsel know the whole truth? Why would they keep defending something that was obviously a wrong? Stop the legal games and do the right thing!~ Settle it and move on! It ain’t going… Read more »

To the officials of Mono County,,,, admit you made a mistake in this case, settle the case and quit wasting the money of the taxpayers of Mono County…

You know Roy that would require some ethics, morals, business sense, but all this county ever functions off is egos. The whole reason this case has ended up where it is right now is egos. You have a sheriff’s department that is so out of control with egomaniacs and is… Read more »

Just the tip of the iceberg

I am sure this is just the tip of the iceberg for the times to come. The truth will continue to come out and the sad part is the citizens of Mono County will be the ones left holding the bag. The citizens are just are much victims of these… Read more »

This is the case that got the ball rolling and was the beginning of the end for Obie 1. The entire county owes you a HUGE thank you for sticking to your guns, (soon to be again) DEPUTY Madrid.

May the best Liar win!

I sure see a theme developing! Everyone involved in this case can be referred to as either, ex-sheriff Scholl, soon to be ex- appointed sheriff obenberger, ex-CAO Jim Arkins, ex-human resources/workers comp adjuster Rita Sherman, ex-leiutenant OHara, soon to be ex-appointed undersheriff Robert weber!!!!! I definitely see two more names… Read more »

If they truly did nothing wrong wouldn’t the County be standing by them and continuing to represent them????

Read between the lines folks,,, the plot thickens!

Karma and Truth
Reply to  The plot thickens

They aren’t just knocking on the door, they are beating it down begging to come out and play. Ex Sheriif Scholl Soon to be Ex Sheriif Obenberger Soon to be Ex Undersheriff Weber Ex CAO Arkens Ex Head of HR Rita Sherman That’s a lot of Ex’s…. Seems to be… Read more »

Pedro
Reply to  The plot thickens

Right or wrong, the County would drop them as ex employees to cover their own asses. Lawyers are expensive and ex employees expendable.

Having read the determination I would like to add that even though the judge granted the leave of the jail medication issue, he did allow Madrid’s attorneys 30 days to amend it and cite the laws that MCSO broke and then he will reconsider that portion of the lawsuit. More… Read more »