By News Staff on May 17, 2015 in General Misc. Stories, Government Agencies/Utilities, Public Event 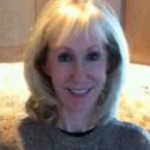 Leddy informed Mono County in April that he would be leaving his position for personal reasons and intended to relocate to his former home in Sonoma County.  A long-term County employee, Ms. Salcido is also Mono County’s Director of Public Health/EMS, a position she has held for 15 years.  Notably, she previously served as Interim County Administrator in 2013 after the departure of then-County Administrator James Arkens.

Board of Supervisors Chairman Tim Fesko commented, “Lynda did an outstanding job previously as Interim County Administrator, and the Board greatly appreciates her willingness to serve the County again in that capacity.”  Until she officially takes over as Interim County Administrator, Ms. Salcido will be meeting with Jim Leddy and other department heads in order to fully acquaint herself with pending issues and to ensure as smooth a transition as possible.

Mono County offers a rural setting with the most spectacular landscapes in the state.  Situated between the crest of the Sierra Nevada mountains and the California/Nevada border, Mono County has a land area of 3,030 square miles, or just over 2 million acres, 94% of which is publicly owned. Much of this land is contained in the Inyo and Toiyabe National Forests. As a result, Mono County is home to vast scenic and recreational resources, and has unsurpassed access to wilderness and adventure.

The county is home to, and named after Mono Lake, which is a large high-desert saline lake. Also located in the county is the historic gold rush town of Bodie, which during its heyday in the late 1800’s was home to as many as 7,000 people, and is today maintained as a State Historic Park for the public to come and enjoy. The county seat is proudly located in Bridgeport.

Scenic Highway 395 weaves its way north-south through the heart of the county, effectively dividing the steep mountains to the west from the vast desert valley to the east. As it provides access to Yosemite National Park via Lee Vining, it passes beneath towering peaks, and past broad desert expanses.

This board better look back at the past instead of dreaming about a county where it never snows. From the news the week about El Niño looks like they will need someone with winter experience.

Linda will do a fine job again during this interim period – but I question the need to take 4 months to sort this out once again. There are some excellent candidates currently on staff that are qualified for this job. Enough with getting enamored with the out of the… Read more »

Interesting that the blurb at the end says that “Mono County offers a rural setting with THE MOST SPECTACULAR LANDSCAPES IN THE STATE” !! It doesn’t say “some of the most,” or “among the most,” but “THE MOST” SPECTACULAR landscapes in the entire state of California! Really? You folks need… Read more »