Loyd And Babe Hopper: Family, Community, and Public Service are this year’s Grand Marshalls in Independence Fourth of July Parade 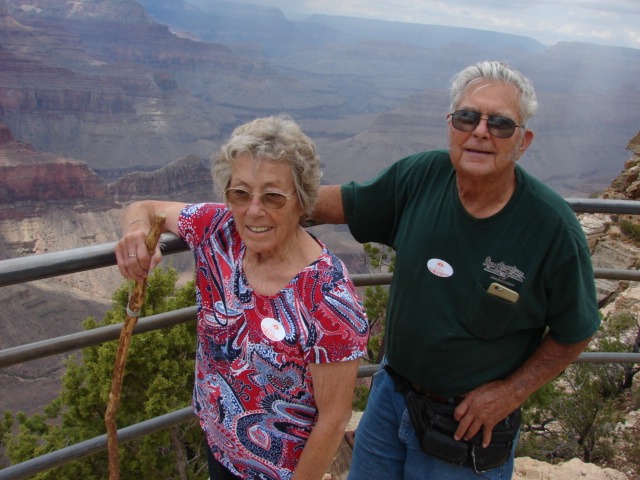 Loyd and Babe Hopper were chosen as this year’s Grand Marshalls for the 4th of July Parade in Independence, Calif.

Long-time residents of Independence, Loyd and Babe Hopper, are this year’s 4th of July Grand Marshals.  The Hoppers have traditionally spent the 4th of July holiday gathering with family and friends to celebrate our nation’s birthday.

For decades, the Hoppers and other local families camped at Calvert Slough and built their parade float, which they entered as “The Dirty Crew from Calvert Slough”.  But, says Loyd, Independence Day is not only about friends and family – it is about the ideas and documents that enabled our nation to exist and grow.

Loyd Hopper was born in Santa Ana, CA in 1937.  Two years later his family moved to Fort Independence to join the Depression-era farming cooperative headquartered there.  Babe Hopper was born in Clearfield, SD in 1936 and moved to the Owens Valley in the 1940s when her father, Hugo Herrmann, got a job working for Bert Griffiths at his ranch in Fish Springs.  Lloyd graduated from Owens Valley High School in Independence, and Babe from Big Pine High School.  They met when Babe’s high school brought the students to Bishop for a concert.  They married soon after, and have been married for 65 years.  Loyd pursued an engineering and maintenance career with Cal Trans, working on astonishing projects like converting the one-lane Tioga Pass road into a two-lane highway.  Loyd’s career took him throughout California, building the highways of today. Loyd and Babe have two children, Julie and Wayne, granddaughters Christina, Danielle, and Jolene, and two great-granddaughters Sophia and Isabell.

For decades the Hoppers have contributed to the community of Independence, especially through their deep-pit BBQ know-how.  For over 20 years, the Hoppers hosted the annual, and for a while bi-annual, Friends of Eastern California Museum BBQ.  Over their many years living in Independence, they have been involved in the Garden Club, the Civic Club, Friends of the Eastern California Museum, Friends of the Mt. Whitney Fish Hatchery, Carson and Colorado Train, and the Fire Safe Council.  In addition to all of that, Babe has a pilot’s license.  And every year, their beloved large bean pots have cooked the tasty beans served at the Civic Club 4th of July Barbecue at Dehy Park.

The Independence Civic Club 4th of July Committee honors Loyd and Babe Hopper for their service to the town of Independence and the surrounding communities.  Babe and Loyd Hopper are the epitome of dedication to family, community, and public service.