By News Staff on April 22, 2014 in Government Agencies/Utilities

SAN FRANCISCO – Bernadette Lovato has been selected as the new superintendent for Manzanar National Historic Site in California. Lovato is currently the District Manager for the BLM Carson City District Office, overseeing 4.8 million acres in northwestern Nevada. She will begin her new position in June, replacing former superintendent Les Inafuku, who retired. 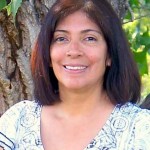 “Bernadette’s experience will be a great asset for the park,” said Pacific West Regional Director Chris Lehnertz. “Her background managing many different types of resources and familiarity with the area make her an excellent choice to oversee the varied and complex issues at Manzanar.”

Lovato began her federal career in 1990 in Santa Fe, New Mexico with the National Park Service Division of Interpretation and Visitor Services. She then worked at Grand Canyon National Park and Glacier National Park in the Concessions Management program before transferring to the Bureau of Land Management in 2002. In 2007, she completed BLM’s year-long Emerging Leader Program and moved into management, serving as Associate District Manager for the Colorado River District, providing oversight for over 5.1 million acres. In 2009, she moved to Bishop, California and was the Field Manager for the BLM’s Bishop Field Office, before taking her present position with the BLM in Carson City.

“I have strong ties to the Owens Valley and am looking forward to joining the Manzanar team. I have had a life-long interest in inclusiveness and social equality, so this assignment is especially important to me”, said Lovato.

During her career she has had opportunities to work on protecting cultural resources, including preserving the Red Bus experience at Glacier National Park in 2001. She has a strong record of collaboration and coordination with tribes, counties, federal, state and local agencies, and the public.

Lovato attended New Mexico State University. She has been an active member of Rotary International since 2010, and enjoys hiking and camping.

Manzanar was one of ten sites in the western United States where Japanese Americans were incarcerated during World War II. Manzanar National Historic Site was established in 1992 to preserve the stories of the internment of nearly 120,000 Japanese Americans during the war, and to serve as a reminder to this and future generations of the fragility of American civil liberties. To learn more, visit www.nps.gov/manz.

Maybe she will be a positive influnce for the Owens Valley concernibg the proposed solar projects in the area.

What a great choice!