By News Staff on January 24, 2012 in Government Agencies/Utilities 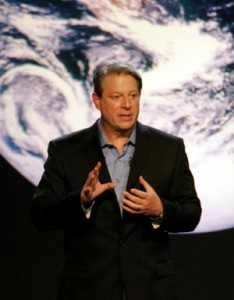 Beginning in January, the Lone Pine Film Museum will be hosting a fifteen week-long series of documentary film screenings and discussions. The selected films will cover a multitude of topics including geopolitics, government corruption, the financial industy, environmental issues, social issues, healthcare, conspiracy theories, secret societies and alleged cover-ups. The event is open to the public for free.

The theme of the film series is controversy and challenging the status quo, designed to invoke discussion and debate on the materials covered in each film. The series includes films by Michael Moore, Al Gore, Peter Joseph, Dylan Avery and other provocative filmmakers.

Screenings will begin at 6pm every Tuesday night, and include a discussion forum after each film until 9pm. The event schedule is as follows:

Apr. 10 – The Day Before Disclosure

This is for Bishop Dude and Whatsinaname: the only propaganda you’re falling for is the voices telling you these films are “left wing propaganda.” Why don’t you watch a few of them and see for yourself? What’s so scary about making up your own minds? You’re being told what to… Read more »

And I would love to see all of the right-wingers protest by giving up their “socialist” Medicare coverage that our government (the people) provide. It’s JUST NOT OK to provide coverage for a 22 year old that’s putting themselves through college so they can contribute to our society- that’s SOCIALISM!… Read more »

Us right-wing (and left-wing) old people paid into Medicare all of our lives with the understanding that when we were retirement age, we would be able to use it. It is not for 22 year olds. When I was putting myself through college I purchased health insurance (at a very… Read more »

Young adults are now able to stay on their parents health insurance until age 26. This one of the provisions of the Affordable Care Act (aka ObamaCare(s)). You can get Social Security Disability Insurance at a younger age if and only if you are disabled. And Socialism — there’s a… Read more »

Compassionate One
Reply to  Ken Warner

I am unfortunately receiving disability payments. I worked over 25 years for these benefits. I am still considered 200% below poverty level and despite that my premiums for Medicare A-D cost over a third of my monthly payment. It is not a handout, but a means for survival. I make… Read more »

I’m trying to figure out what comparable body of work the right wing could present and all I can come up with are “Wall St.” and “Alice in Wonderland” — maybe “The Ten Commandments” with Charlton Heston.

Let me educate you. No two films directly impacted American politics in the last ten years more than Hillary: the Movie (the subject of the notorious Citizens United case) or the films of James O’Keefe (which destroyed the iconic leftist organization known as ACORN). And no film for a generation… Read more »

If you don’t believe that 7 going on 8 billion people burning fossil fuel can have an impact on our world climate when that impact can be seen from space, no logical argument will sway you to accept what most climate scientists (are you a climate scientist) have documented and… Read more »

Thats a great reference Ken, Rachel Maddow, the feminist liberal on PMSNBC thats about as unquality reporting as anything on Current TV. LOL

At the risk of causing your head to explode by exposure to deviation from alarmist orthodoxy – for giggles let’s call it an inconvenient truth – herewith from this week’s news an article and a video discussing it, so you don’t even have to read if you don’t want to:… Read more »

And do you all know who owns the Wall St. Journal? Rupert Murdoch’s News Corp. You know, the same guy who owns FoxNEWS. And speaking of FoxNEWS — here’s a really good example of the logical prism that the right wing views the Universe through. http://www.foxnews.com/opinion/2012/01/20/newt-gingrichs-three-marriages-mean-might-make-strong-president-really/#ixzz1k2i8OMvM “As I have written… Read more »

…and also, this statement, “…The fact is that CO2 is not a pollutant. CO2 is a colorless and odorless gas, exhaled at high concentrations by each of us, and a key component of the biosphere’s life cycle. Plants do so much better with more CO2 that greenhouse operators often increase… Read more »

Bishop Dude- sounds like you can’t except the fact that your party lost ever single vote in this state for the last 3 plus years.

You just showed your ignorance with that last comment. My comment has nothing to do with California but everything to do with the One Sided Propaganda that the Lone Pine Film Museum is spitting out.

Bishop Dude- do you forget the fact that you started your first comment out by calling all liberals Looney? Just because you don’t like the subject does not make it propaganda . I for one will do all I can to annoy a republican.

Just as I have annoyed a mindless liberal.

JEMS of the Sierra

We are rated #33 in quality of medical care around the world and medical costs are the number one reason for bankruptcy in the USA. Hmmmmmm…… oh, yah! We’re #1! We’re #1! Just keep telling yourself that……..

I saw sicko…I thought, for the most part, it was a thought provoking movie. The Cuba part took it a bit too far, in my opinion….wouldn’t it be great if anyone with interest in health care in america saw this movie and then had a cordial discourse on the points… Read more »

How about we try respecting the other guy’s views. I’m going to start deleting name-calling posts. There is a way to articulate how we feel differently from others without putting them down.
Benett Kessler

Sorry I just can’t help it. This liberal propaganda they are going to be showing is designed for the weak minded.

Speaking of a weak mind…….Who is the front running GOP candidate this week?

Bishop Dude, weak-minded would be illustrated by someone saying “I just can’t help it.” Seriously, you should try to control yourself.

Whatever you say Gazoo…. When I read the defination of Gazoo your name really says a lot about you liberals. http://dictionary.reference.com/browse/gazoo

That would be dandy advice Benett if we were talking about filmmakers who, albeit on a particular side of the political spectrum, nonetheless respected “the other guy’s views”. But we aren’t. Michael Moore is perhaps the apotheosis of the rigidly dogmatic, uncritically disparaging ideologue. More broadly, I note that there… Read more »

Tourbillon,
You proved my point. One can respond to those with whom they sharply disagree with civility and wit!
Thanks,
Benett

Bennett please reconsider deleting name calling comments. I enjoy hearing peoples honest comment . Even if they are from a horses …!

What’s reasonable about leftist propaganda? There is more of it than Rightist? More “Hollywood People” are leftists? Of course we should listen to actor’s and musician’s political opinions. They are where they are today because they are good at pretending (lying), are better looking than the rest of us(vain), and… Read more »

Yeah, listening to actors political opinions — what a joke. You know, like Reagan and Shwartsinmumbles….