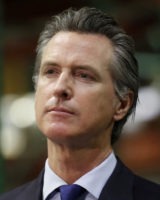 According to the website Law360.com posting on February 3, 2021, Lodging owners and related entities in ski resort town Mammoth Lakes have urged a California federal court to prevent Gov. Gavin Newsom and other government officials from enforcing a slew of COVID-19-related orders, saying the measures violate their rights under the U.S. Constitution.

California government representatives’ coronavirus orders issued since March 20 are based on arbitrary and irrational classifications in violation of the right to equal protection guaranteed by the Fourteenth Amendment, according to the lodging owners.

The orders also interfere with private property investments without compensation and have thus realized uncompensated takings in violation of the Fifth Amendment, the owners said. Further, they said, the Commerce Clause prohibits California officials from exercising sovereign authority that excessively burdens interstate commerce.

“The orders and restrictions are based on arbitrary classifications of activities as ‘essential’ or ‘non-essential’ that are not rationally related to promoting public health, promote the interests of favored groups without reference to the impact of the activities in question on the transmission of COVID-19, and shift the burden of the response to COVID19 to a limited class of persons and businesses,” the lodging owners said in their Monday complaint.

The lodging owners asserted that the governments’ restrictions have caused negative outcomes rather than protecting public health, saying that lower childhood vaccination rates, worsening cardiovascular disease outcomes and fewer cancer screenings are just some of the factors that will lead to higher mortality rates in California.

On a local level, lodging and dining establishments are suffering economically due to the ever-changing orders in the town of Mammoth Lakes and elsewhere in Mono County on the eastern edge of California along the Sierra Nevada mountain range, according to the lawsuit.

As one example of the changing orders and allegedly unfair restrictions on lodging owners, the suit pointed to a Dec. 23 joint meeting of the Board of Supervisors of Mono County and the Town Council of Mammoth Lakes. Numerous elected officials at the meeting claimed that visitors to the Mammoth Mountain Ski Resort were defying the state’s stay-at-home orders by lodging in the nearby town of Bishop and then traveling during the day to ski at the resort, which remains open during the shutdown.

Following that charged meeting, the Town of Mammoth Lakes’ finance director sent an email Jan. 8 to the “Lodging Community” and reiterated the town’s restriction on lodging at limits of 30% of capacity for hotels and 10 rental days per month for privately owned property units, according to the suit.

But the town changed course on Jan. 25 and posted a news flash on its website stating that Mono County public health orders for lodgings issued previously on Dec. 5 and revised on Jan. 9 were no longer in effect and that hotel capacity limits were raised to 60% and private units were allowed up to 18 rental days per month.

“Defendants’ violations of plaintiffs’ fundamental rights have inflicted substantial financial losses upon plaintiffs, unreasonably infringed upon plaintiffs’ liberty interests, resulted in uncompensated takings, and will result in irreparable harm to plaintiffs if enforcement of the orders and restrictions at issue in this matter is not enjoined,” the suit said.

The lodging owners seek a court injunction to stop the enforcement of Newsom’s emergency orders and the state and Mono County public health officers’ orders. They also seek a judicial declaration that the orders violate their constitutional rights.

Representatives for Abshire and California government officials did not immediately respond Wednesday to requests for comment.

Counsel information for the California government was unavailable Wednesday.

The case is Abshire et al v. Newsom et al., case number 1:21-at-00074, in the U.S. District Court for the Eastern District of California.

What businesses are part of the Mammoth Lakes Business Coalition ?

For the LOVE of Mammoth and FREEDOM

Finally a group of people who are willing to stand up for the people. Mammoth is only able to survive with the income from tourism. If they are unlawfully restricting tourism and fining the tax paying citizens also unlawfully they should be punished. The town council, Newsome and everyone else… Read more »

I’ll give them points for creativity: “The lodging owners asserted that the governments’ restrictions have caused negative outcomes rather than protecting public health, saying that lower childhood vaccination rates, worsening cardiovascular disease outcomes and fewer cancer screenings are just some of the factors that will lead to higher mortality rates… Read more »

Seems the only people earning money are those that work for monopolies or are paid by our tax dollars. I fully support their lawsuit.

Yes and they never missed even one paycheck.

Newsom can’t show good cause for the Orders he dictates. If he could the lawsuit would be quashed at times of filing. Newsom s own business was allowed to remain operating and open yet he shutdown everyone else forcing ppl to get loans and go further into debt, ultimately loosing… Read more »

A bunch of rich people crying, not even locals…hope you lose the lawsuit too.

There are programs for low interest loans and lots of other help for small business owners. Stop fighting the very people that are doing the work to contain Covid 19 and start doing something to make it better for all of us. We are all in this together. This is… Read more »

Steve, business owners don’t want and don’t need programs and loans, they want and need to get back to work. Aside from the vaccine and the testing, what exactly is the work “the very people” are doing to contain covid19? It’s not working very well whatever it is. The business… Read more »

But we shouldn’t have to resort to loans, and paying interest, to run our business. Really scary, when they ruin your business and then say, here take this money… I am so happy that we finally have some fighters in Mono. It may be a financial loser, but what happens… Read more »

God I hate Mammoth people. So above the rules.

I’m sure you like the tourist money that comes through your town.

Sal, Mammoth people don’t live here for the all the high paying jobs, they live here for the quality of life, some want a safe place to raise their kids and share with them all of what this area has to offer. I’m curious if you know any of these… Read more »

Tinner the working people aren’t the ones I dislike, them I have respect for. It’s the ones that ignore short term rental laws and rules. The ones that pay the workers as little as possible. Don’t pretend to know everything.

Sal, so now it’s dislike and not hate? That’s good. Short term rentals like Air bnb’s and VRBO’S are largely owners that live outside of the area, you know that, right? Not Mammoth people. And if you’re referring to hotels and motels your beef is with The Town of Mammoth.… Read more »

Actually, I will go with hate. I also hate the people on this site that comment on other people’s comments so frequently. The ones that argue people’s opinions. I give my opinion but I dont usually feel the need to prove others wrong. And I DO know plenty of local… Read more »

I 100% support the plaintiffs! Good job guys! Make sure to put the burden of proof on those making the Emergency claims, orders and mandates with zero evidence and proof!

The burden of proof is never on a defendant.

Yes …Sue to xxxx out of them . Mr Newsum has over stepped his legal Authority.
Recall the Dictator.