When work is hard to come by these days, Randy Pelcher, owner of Rasp Construction in Bishop, said Mono County cheated him out of at least two jobs.  Mono Public Works sent him a letter of intent 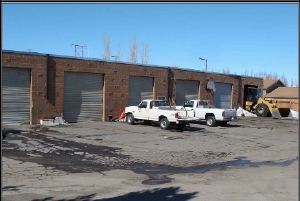 to award the bid to him to replace the roof at the Crowley Road Shop.  He said officials never bothered to tell him they had decided two weeks ago to re-design the project and re-bid it. Then when a storm hit and serious problems developed at the road shop, the County called in a Nevada contractor to do an emergency roof job, not Rasp Construction.  Pelcher said he had called the County daily to warn them if weather hit there would be an emergency at the road shop.

“It galls me,” said Pelcher, “that the County didn’t try to keep the project local for local workers.”  Pelcher said he does most of his work in Mammoth and Mono and uses a Crowley roofer. He feels favoritism worked its way into this situation and cheated him out of the job.  Pelcher said he turned down another job to do the County project in Crowley.  Now, he has neither.  He wonders why Rita Sherman, in charge of the project in Public Works, didn’t at least contact him.

Sherman, Mono Risk Manager and head of facilities under recent reorganization, said she inherited the Crowley project a few weeks ago. She claims she thought Pelcher was notified. Sherman said the project design was not good.  She said she spoke with M&M Construction who had bid on a 2009 design that she preferred. 2009 bids had been rejected and re-designed. Sherman said she asked the County Counsel to cancel the most recent bids to start over with a less expensive plan.

No one in Public Works or other areas of the County informed Mr. Pelcher. In fact, Pelcher said he was calling the County daily before the storm last week to tell them he needed to go to work

immediately or there would be an emergency. He had started to order supplies to do the job he believed he had.

According to Mono County Counsel Marshall Rudolph, after the big storm, Rita Sherman inspected the road facility and found that it was “leaking like a sieve. Water was coming out of electrical sockets, and dry wall was falling off.”

Sherman recommended hiring M&M to do the emergency work.    Why not have the intended contractor do the work? Sherman said the County was looking at a design similar to the one M&M bid on in 2009.  Mr. Pelcher
said he’s on the County’s contractor list to contact for emergencies and that he could have done the new design easily for less money than M&M.

Rudolph said he doesn’t blame Mr. Pelcher for being unhappy, but he also said that legally the Board of Supervisors can declare an emergency and order immediate repairs, without a bid, according to public contract code. They did that last Friday. Rudloph said the Board was not legally required to hire Pelcher, and legally, Rudolph said, the County did not have to go out to bid for the emergency.  Rudolph maintains Rita Sherman was “acting in good faith.” As another local attorney, not representing Pelcher, commented on hearing this story, “There are a lot of ways to screw people, legally.”

Mr. Pelcher said, “Morally, I don’t know why they did this, and they did not act in the best interest of the local taxpayers.”  Pelcher said he has still not been notified of anything by Mono County.  He learned of the sharp U-turn in the bid and emergency work Monday by way of a private tip from a county worker.

Isn’t there an advertisement on local tv/radio that says “shop local’?
Our leaders are not leading, not by example anyway.

Allen is exactly correct, the Crowley roadshop roof has been on the list of needed repairs for years – good for you Allen for telling the truth!

Regarding pensions – these are negotiated in “good faith” (rather contradictory when speaking of government officials and their lackies) with the elected officials – who by the way benefit from these pension benefits as well. From downthecreek comments he points at the lowly workers who are trying to make a living in the eastern sierras while enduring the mismanagement of the administrators who amazingly never have their salaries or pensions reduced to cover mistakes like the one in this discussion string. Truth is government is run by those willing to do anyting to keep their jobs rather than do their jobs – enter the pressures exerted by the elected officials to accomplish tasks that assure their reelections via the general fund activities of Mono County.

Just like the fed it’s a broken system that needs to be fixed – but no political will exists to accomplish this – just the same ol song and dance…..

Rita Sherman is a “pretend” Capital Projects manager appointed to the position because the Mono County Public Works Dept. is so inept at what they do. This is a repeat of what happened on the jail facility reroof project where they attempted to blame another Bishop contractor for there incompetent management of the project – Dave Wilbrecht was the “Acting” Public Works Director at the time because Evan Nikirk quit. How about all of the noncompliant ADA rework that Mono County did for years with no inspections? One day the “well it hasn’t happened to date” management mentality of Mono County will catch up with them. And “hello” Mono County could care less about using local contractors – Rita Sherman lives in North County where it is common practice to use Nevada contractors.

Now we get to here the real truth.

In order to invoke the “emergency” provisions of the Public Contract Code that allow a public entity to forgo the adoption of plans, putting the job out to bid, etc. there must have been a “sudden, unexpected occurance that poses a clear and imminent danger requiring immediate action to prevent or mitigate the loss or impaiment of life, health, property, or essential public services.” (Public Contract Code section 1102)

Here, the County has known for years that the roof on the Crowley Road Shop was leaky and needed to be repaired; and they should know that, on occasion, rain falls from the sky. So, it cannot reasonably be argued that the flooding of the Road Shop due to the storm was “unexpected;” to the contrary, it was entirely predictable and expected. Apparently, however, incompetence plus rain equals a legal “emergency” in Mono County.

This is another example of the County Counsel using sophistry and prevarication to give the Board of Superviors cover to break the law.

Inyo County government does the same thing, I don’t think they even read their own codes and regulations, maybe they can’t read. Hopefully they’ll all get slapped with a fat lawsuit.

Uh -oh……Sounds like another Mono County lawsuit coming…..Let.s see….3 or 4 Medical Marijuana lawsuits either planned,or already filed,now this here….Mono residents,you know what you got to do….cancel your 2012 vacations….keep the old beat up car another year or two…cut down on heating your home this winter….AND get ready to reach deep into your pockets…..again….to pay for these lawsuits against the County of Mono!!!!

Mr. Pelcher needs to be aware that if he does sue them win or lose he’ll never be awarded work from Mono County again.

I know this for a fact from first hand experience.